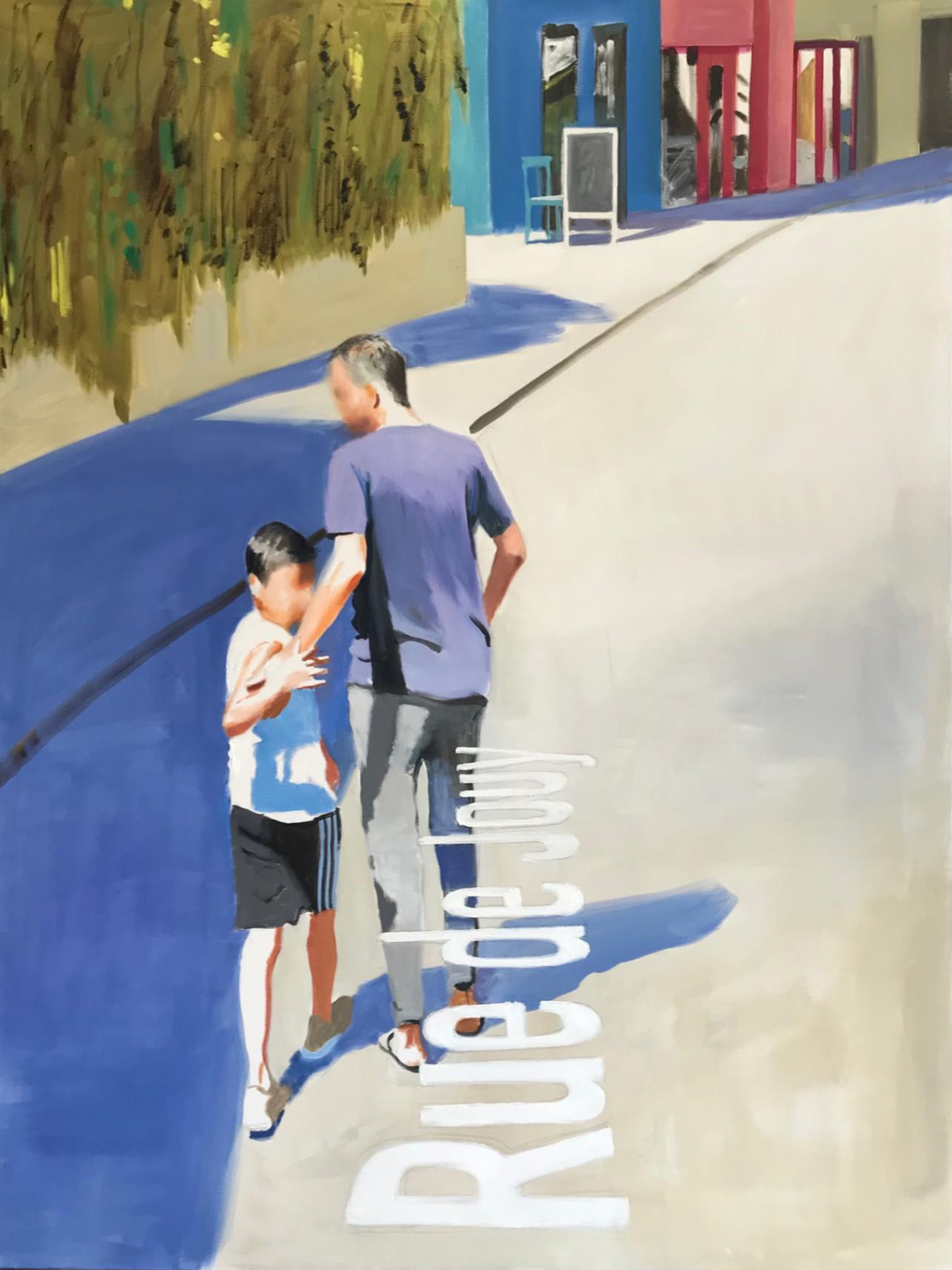 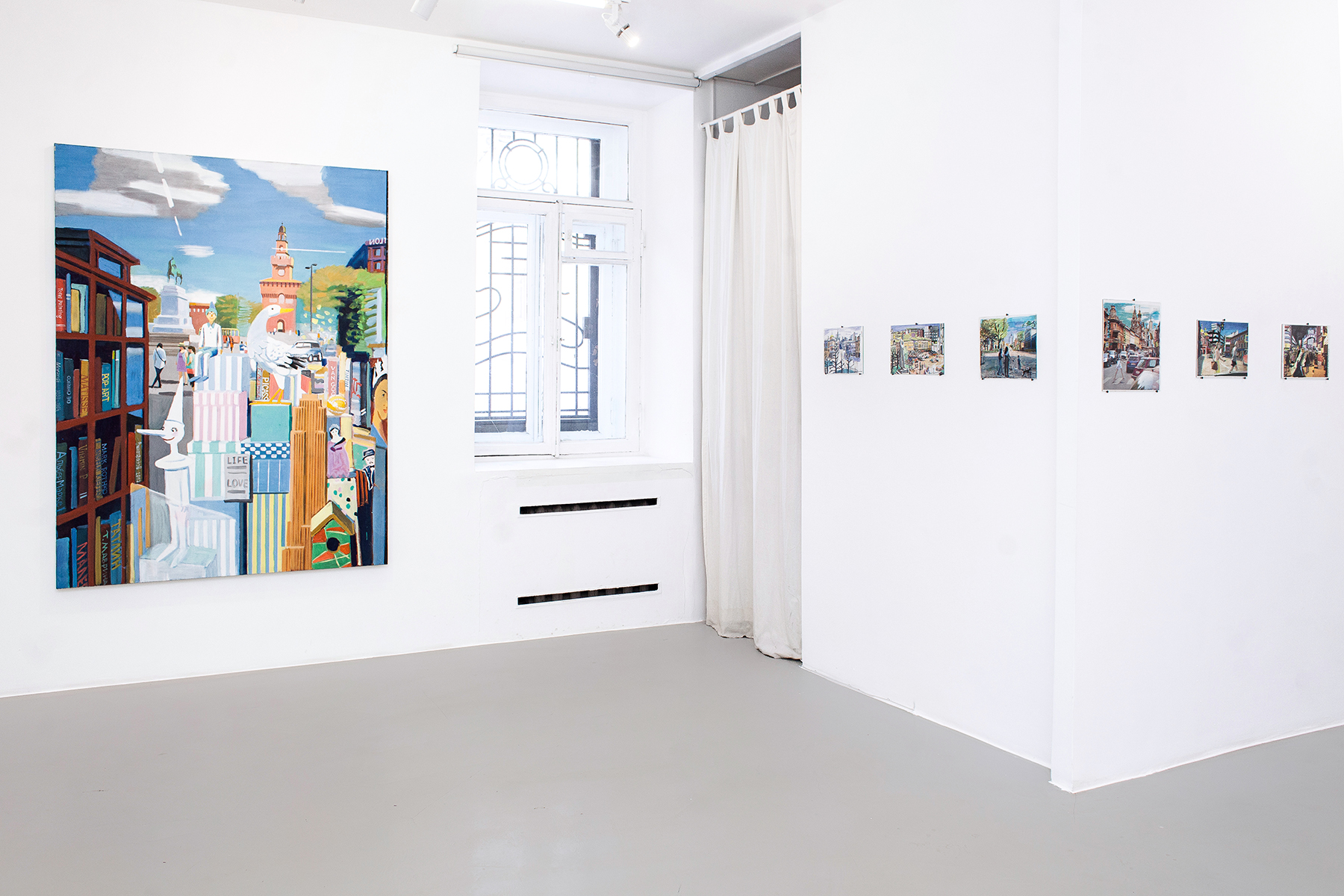 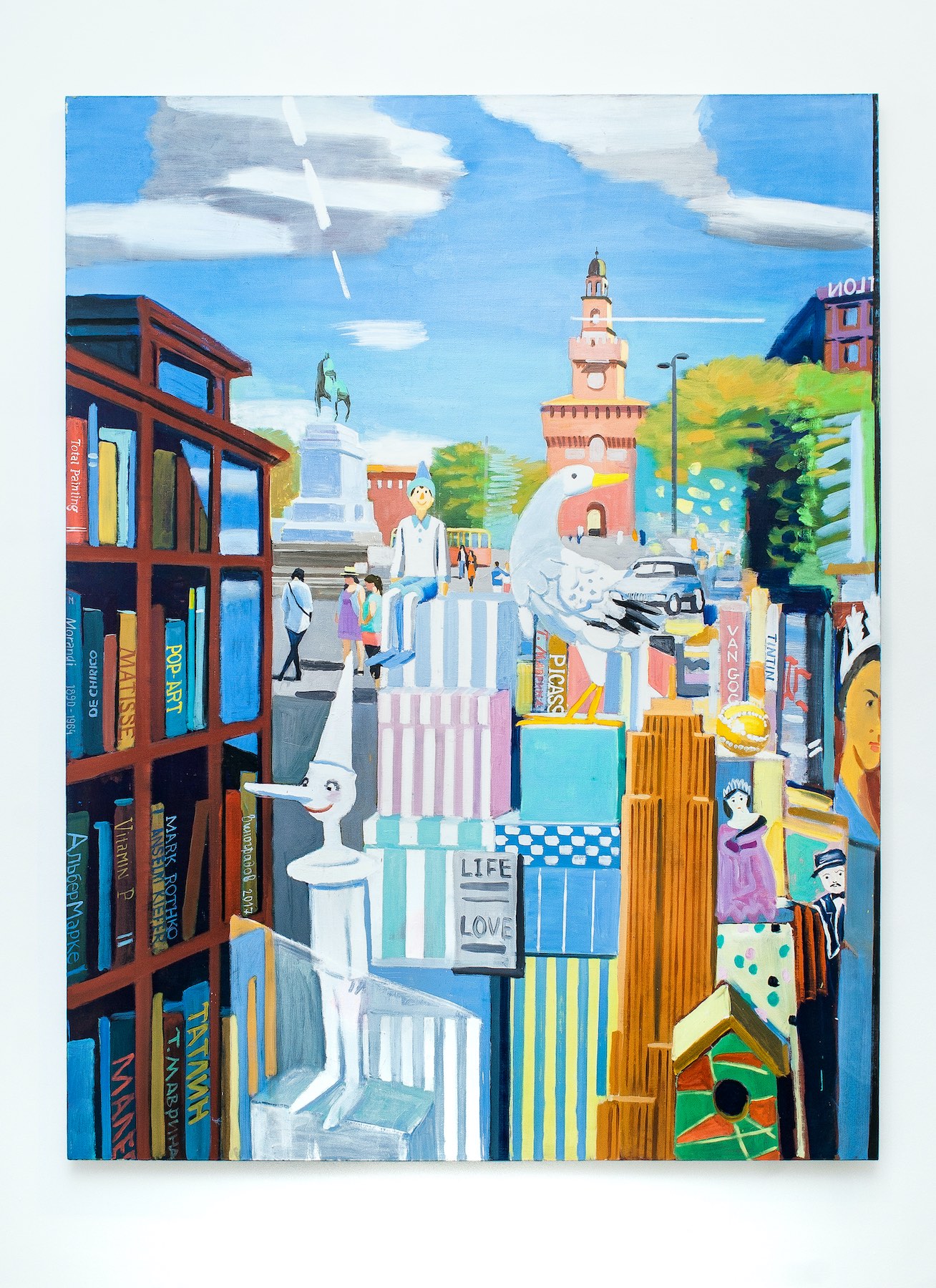 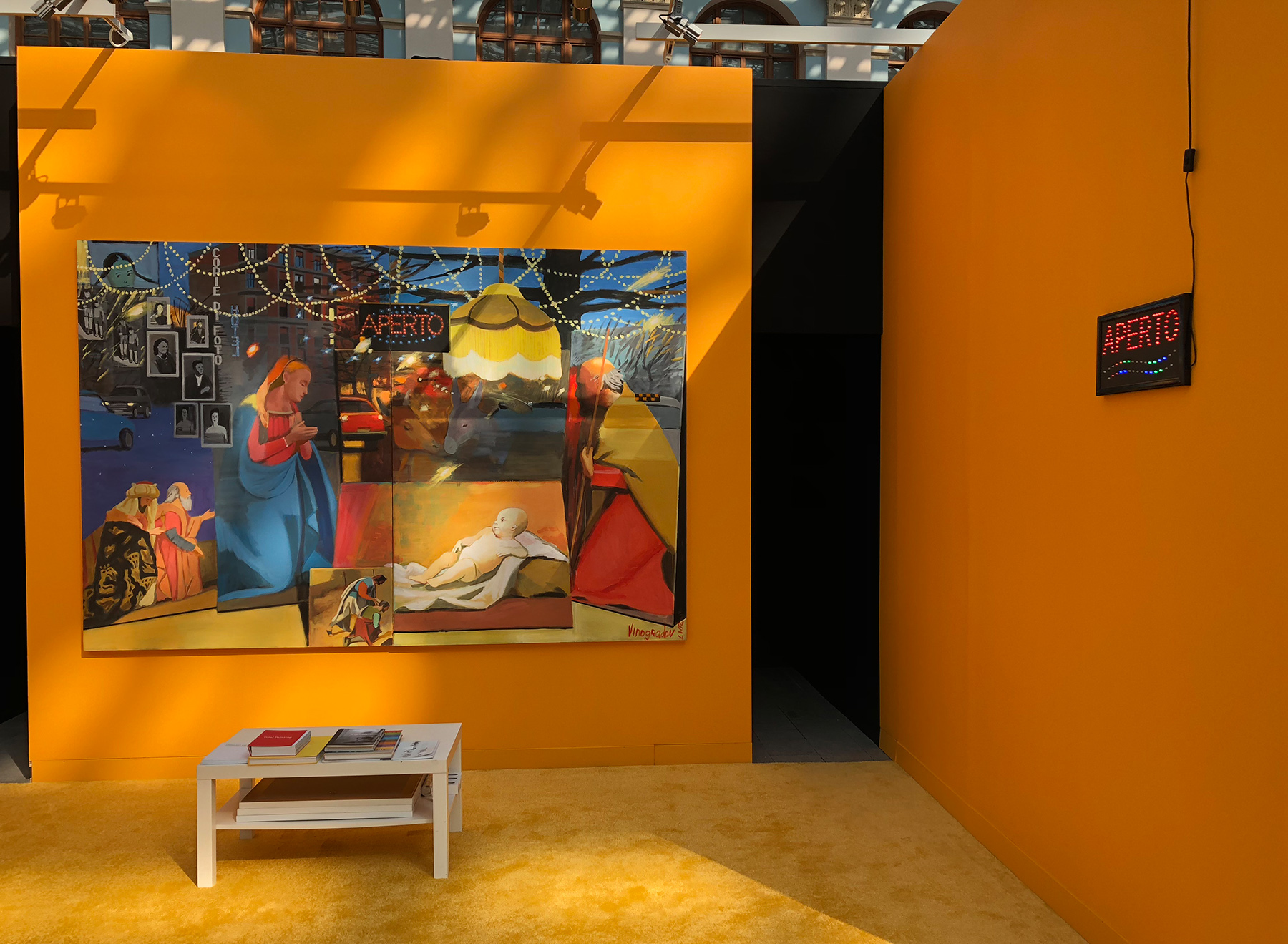 From 1994 to 2014 he worked together with Vladimir Dubosarsky as duo Vinogradov & Dubosarsky. Their paintings have become the depiction of the entire epoch – the post-Soviet 1990s and the glamorous 2000s. Combining mundane Russian and Western media images, using quotes and techniques from Soviet socialist realistic painting, Vinogradov & Dubosarsky created ironic, theatrical scenes reminiscent of the conditional «Russian fantasy». In 2010, artists returned to reality: they turned to everyday street stories.

In the solo work of Vinogradov neither the characters nor the plot plays a key role. His series of paintings and watercolors in 2016-2018 unite thoughts about the ever-changing world that is escaping our understanding. In the paintings, Vinogradov displays the overlays of visible realities that he observes in everyday life: the world itself is fancifully made up into a collage, then the reflections in the windows of trains or the glass of the display windows make it mingle. Vinogradov includes in the «reality» some elements of abstraction: draws parallels with the works of Malevich, depicts squares-glare, and turns objects into color fields. His recent interest is digital drawings created on iPad.

Alexander Vinogradov was born in Moscow in 1963. Now he lives and works in Moscow and Milan. He graduated from the V. I. Surikov Moscow State Academic Art Institute in 1995. His exhibitions include solo show at Iragui gallery (2018), group shows at Shchusev Museum of Architecture in Moscow (2020), GUM Red Line Moscow (2019).

Works by the duo are in the collections of the State Tretyakov Gallery, Moscow Museum of Modern Art (Moscow, Russia), Russian Museum (Saint-Petersburg, Russia), Center Pompidou (Paris, France) and many others.