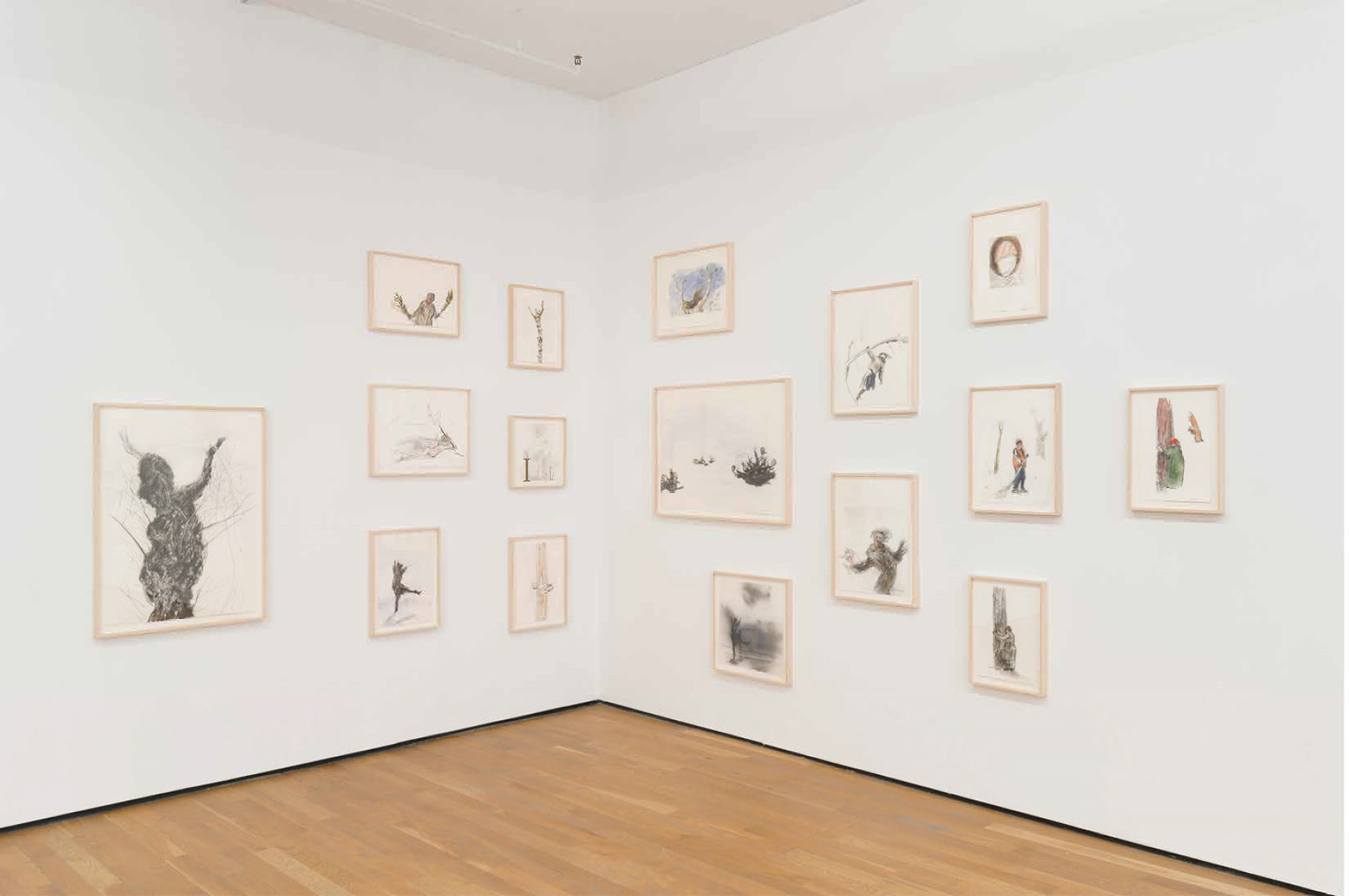 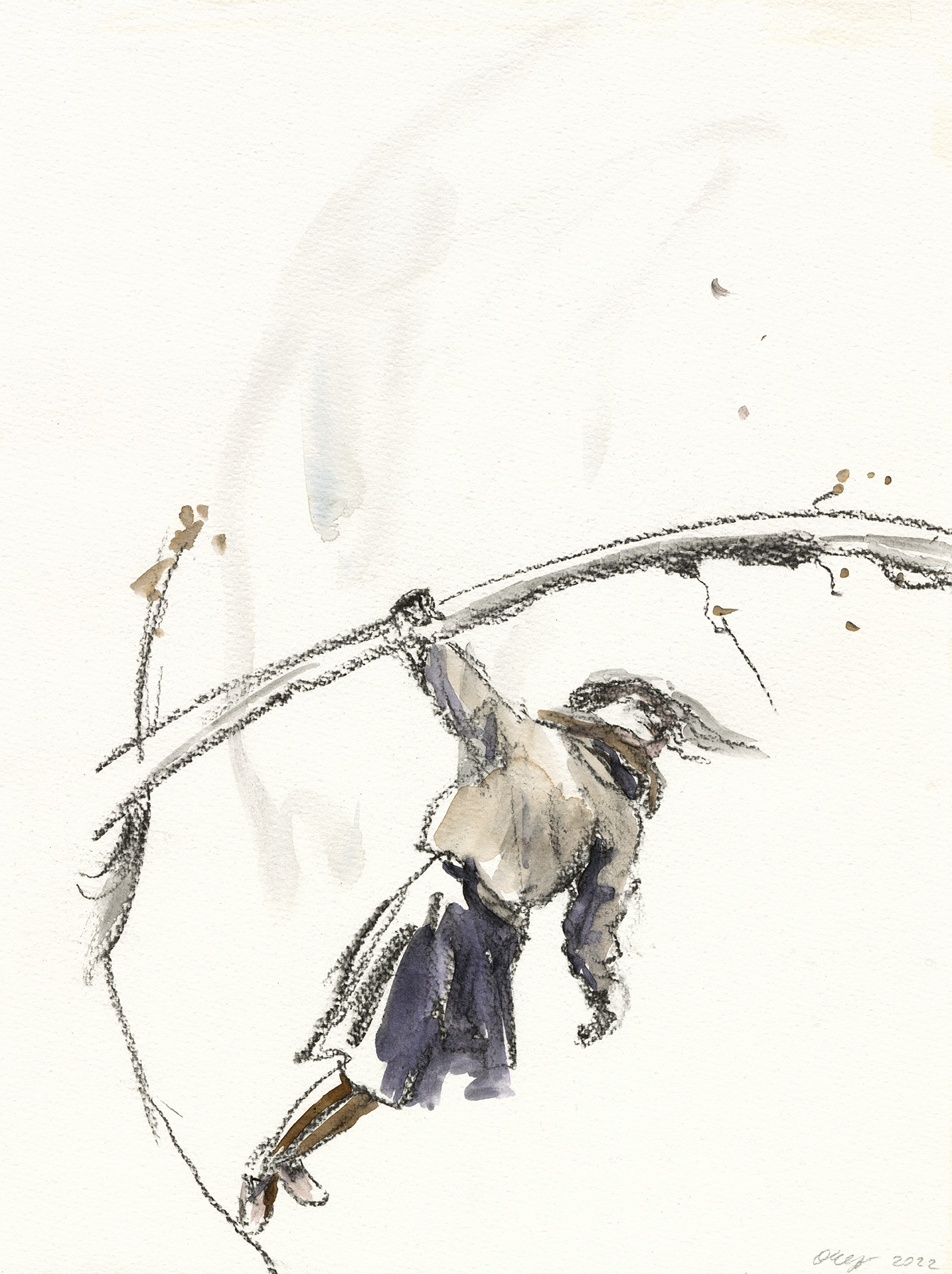 "Daphne" from the solo show "Being Daphne", at Foxy Production, New York, presented together with Temnikova&Kasela, Tallinn
2022
Watercolor and charcoal on paper
48 x 36 cm 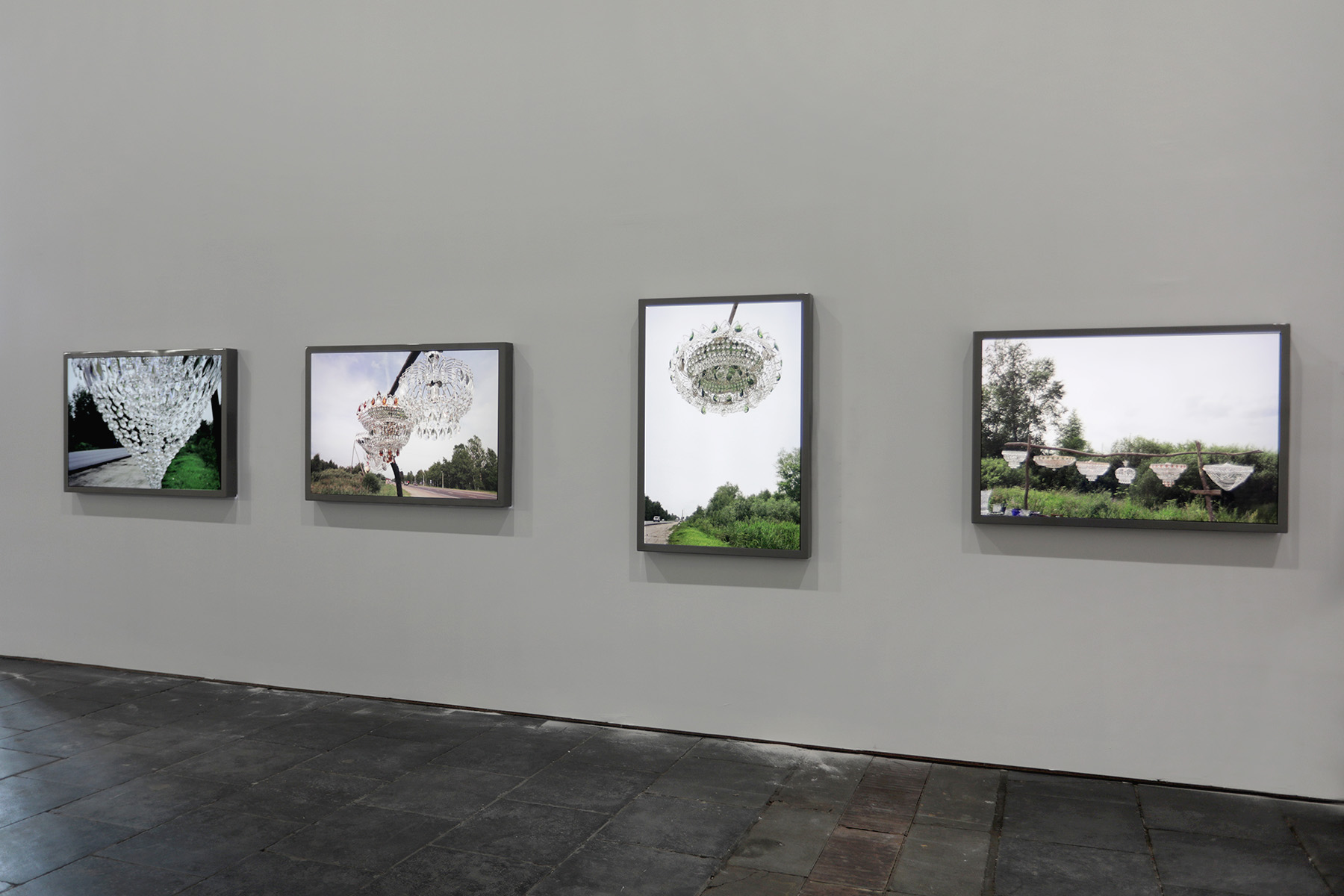 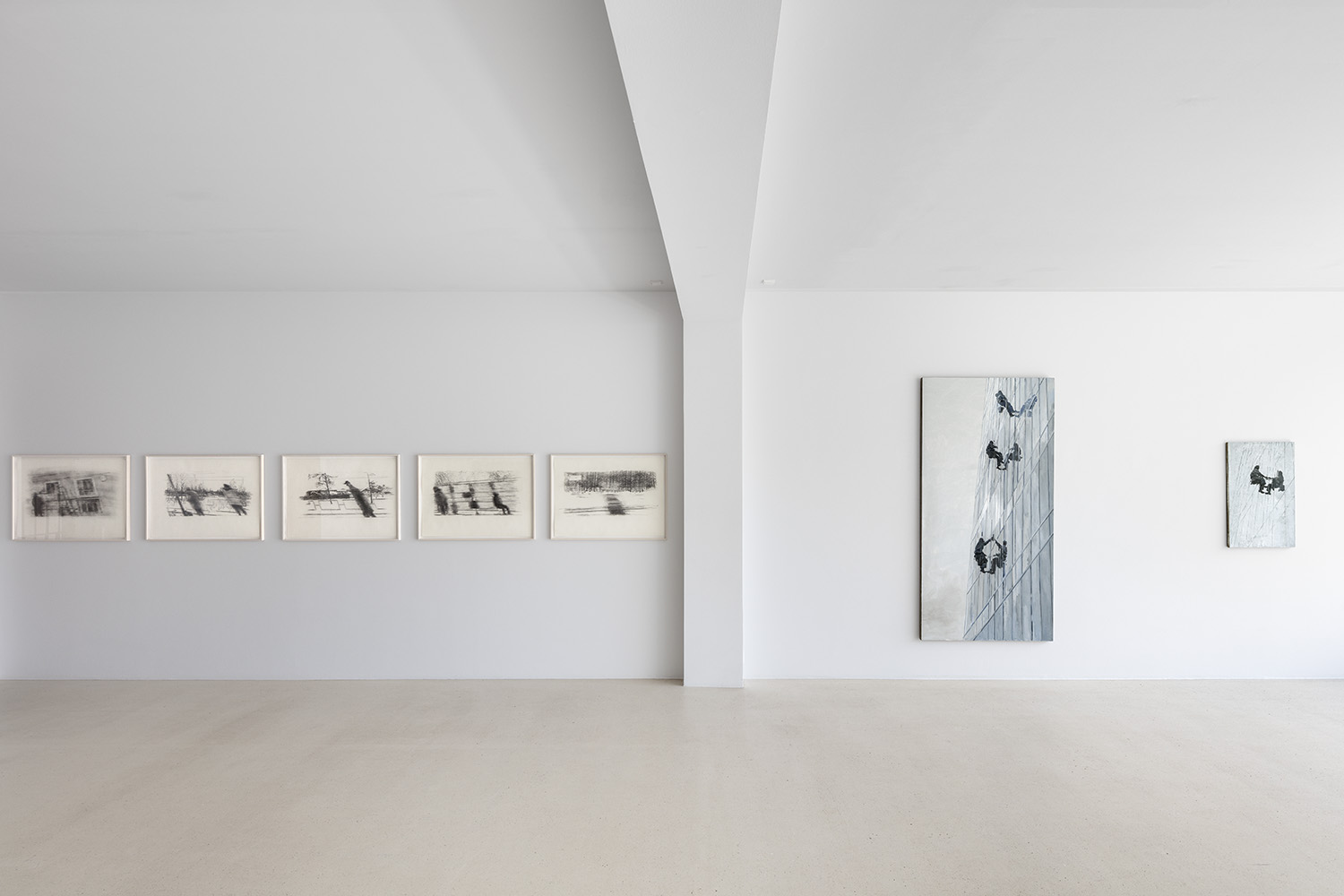 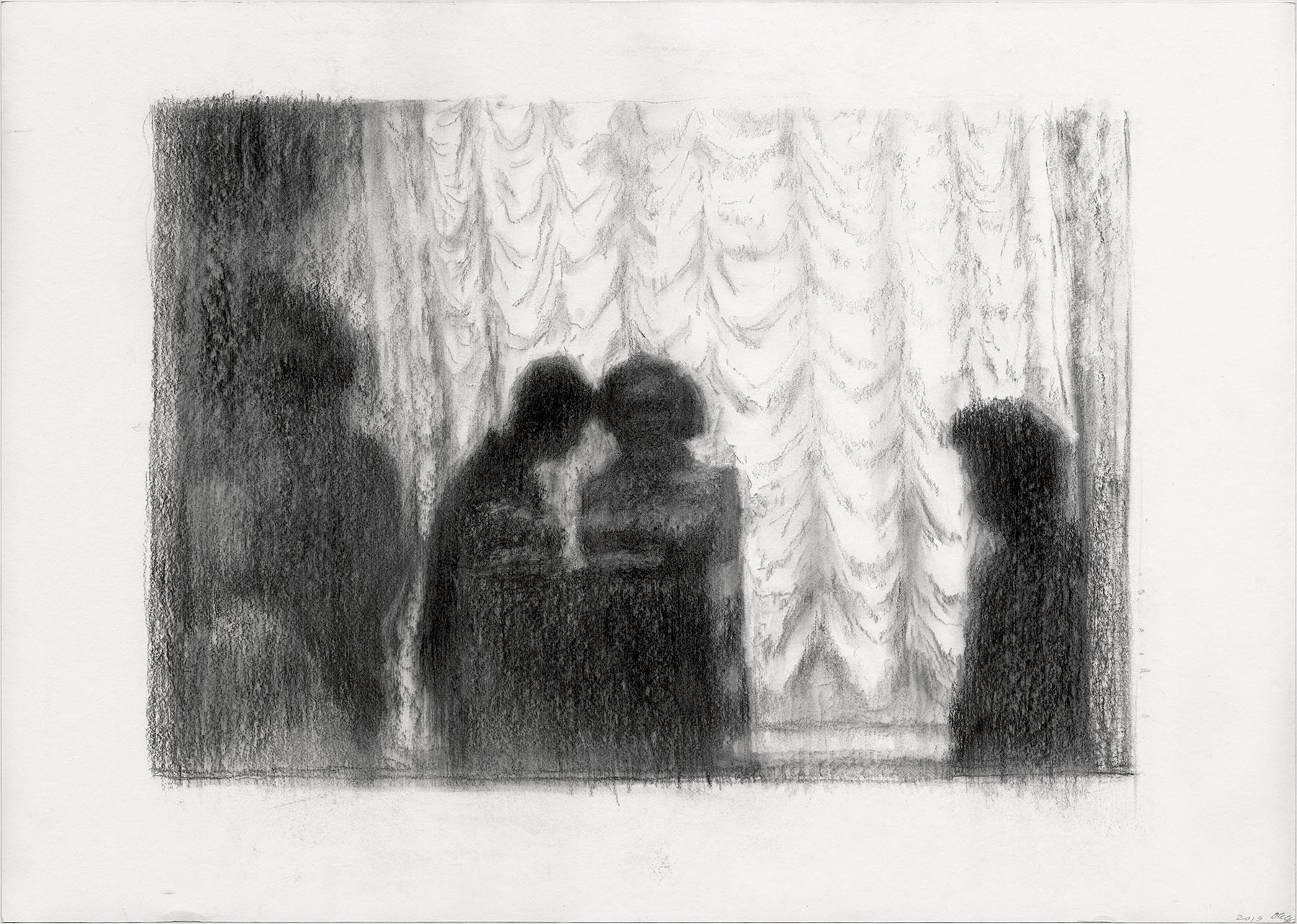 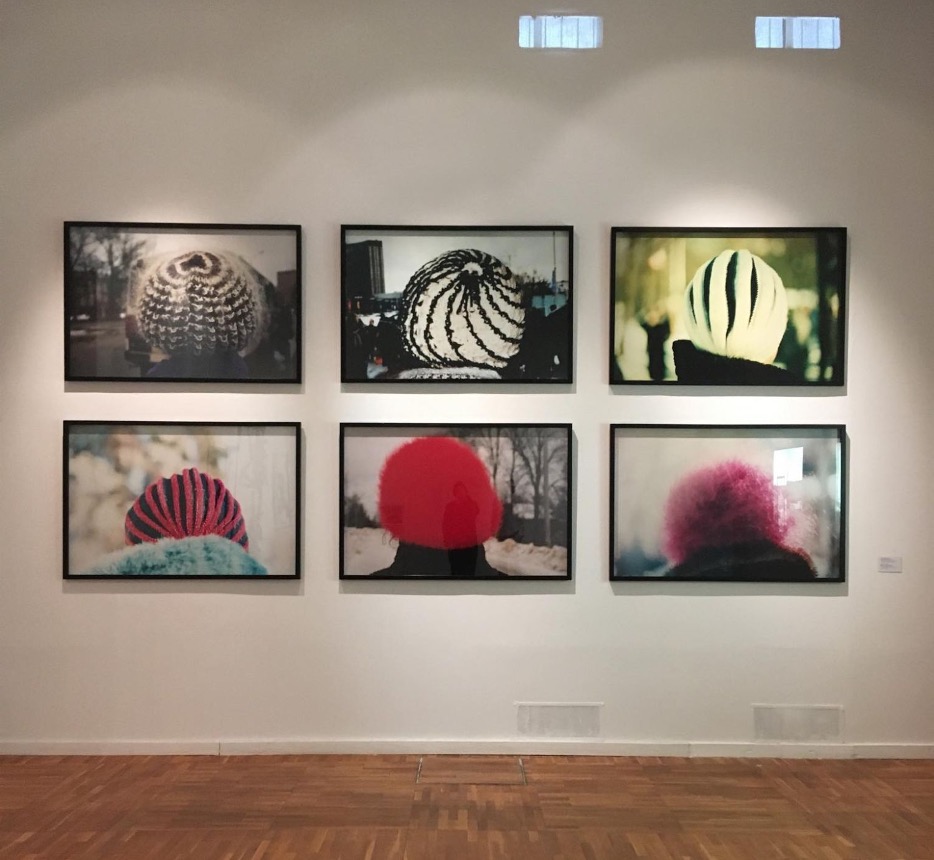 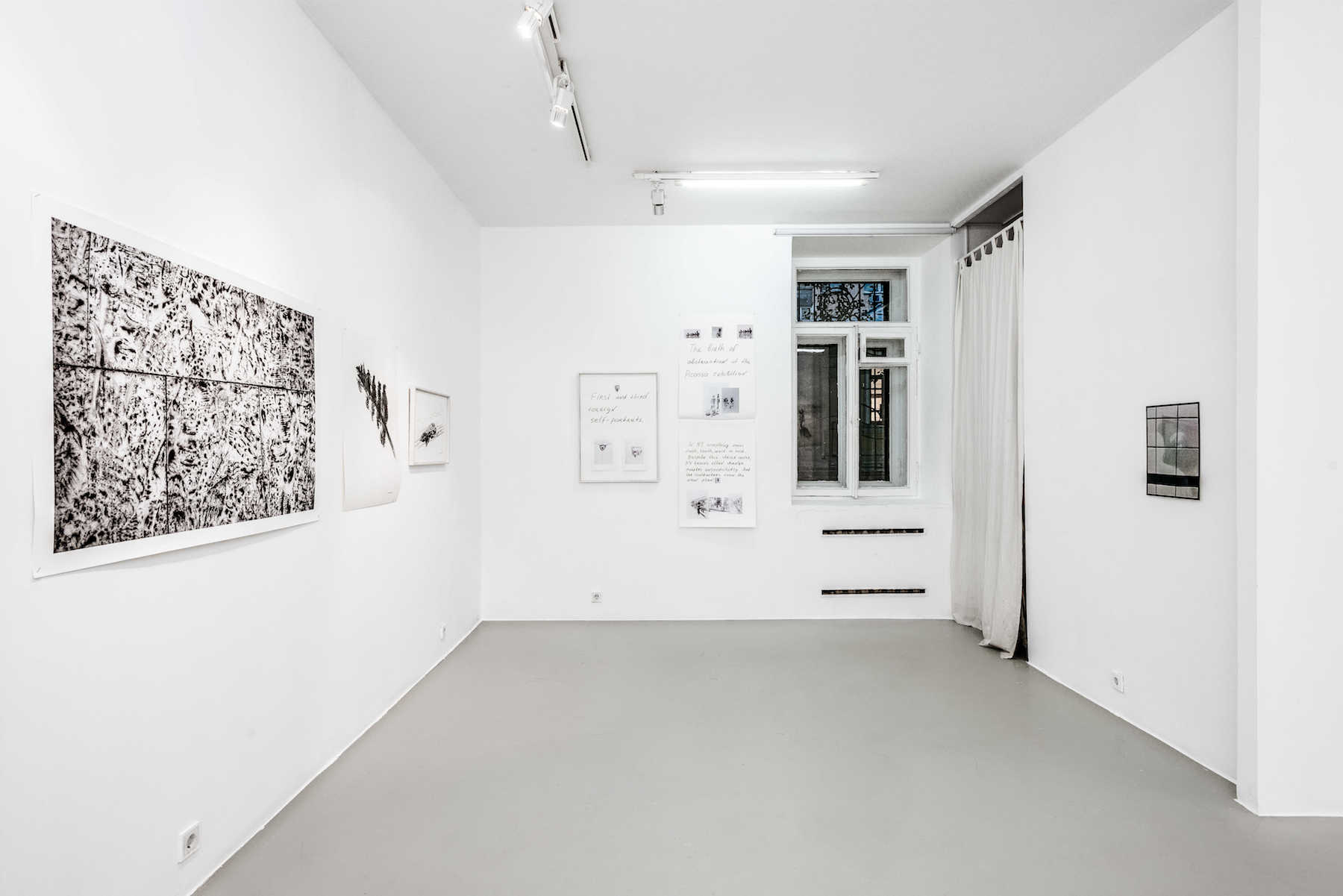 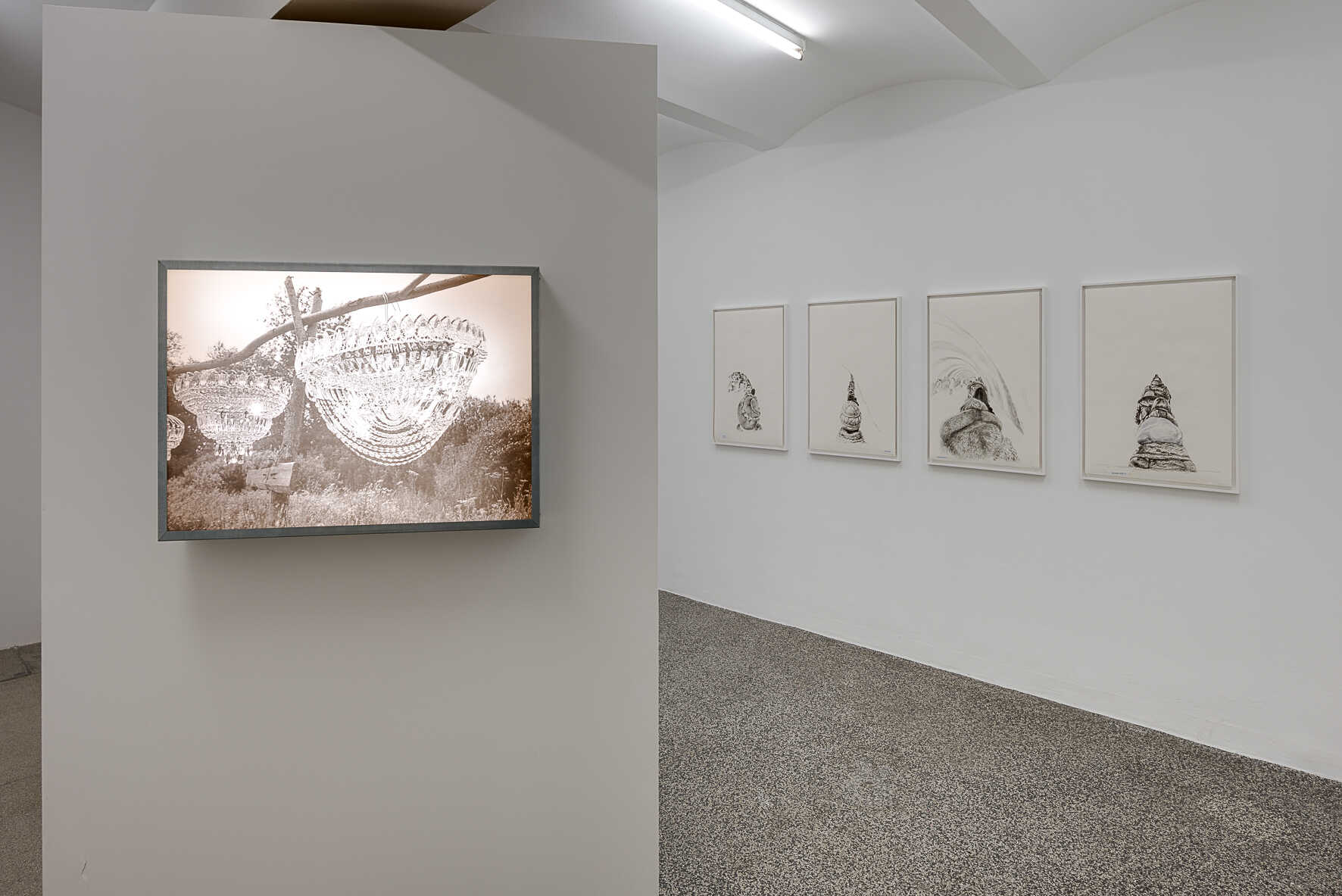 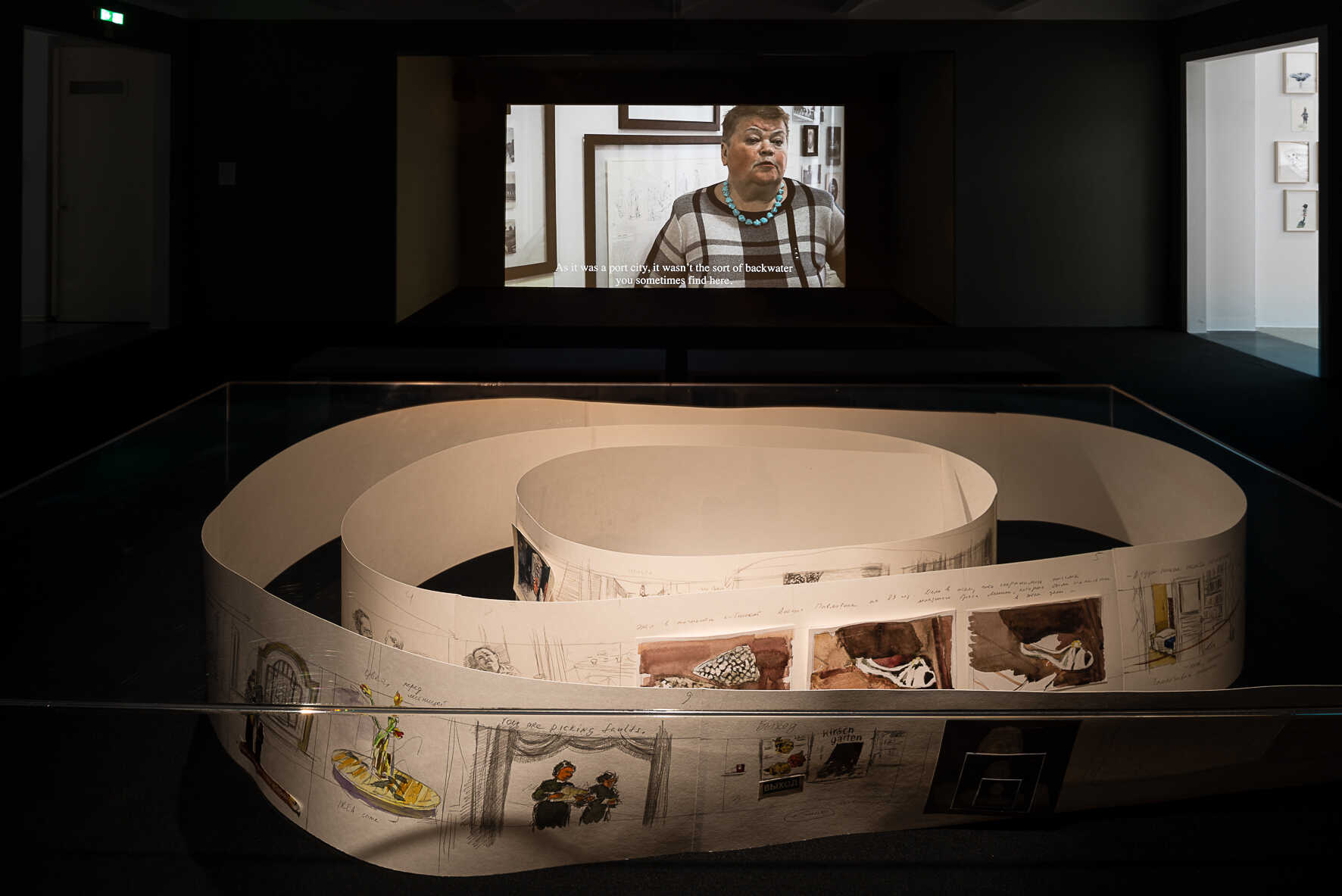 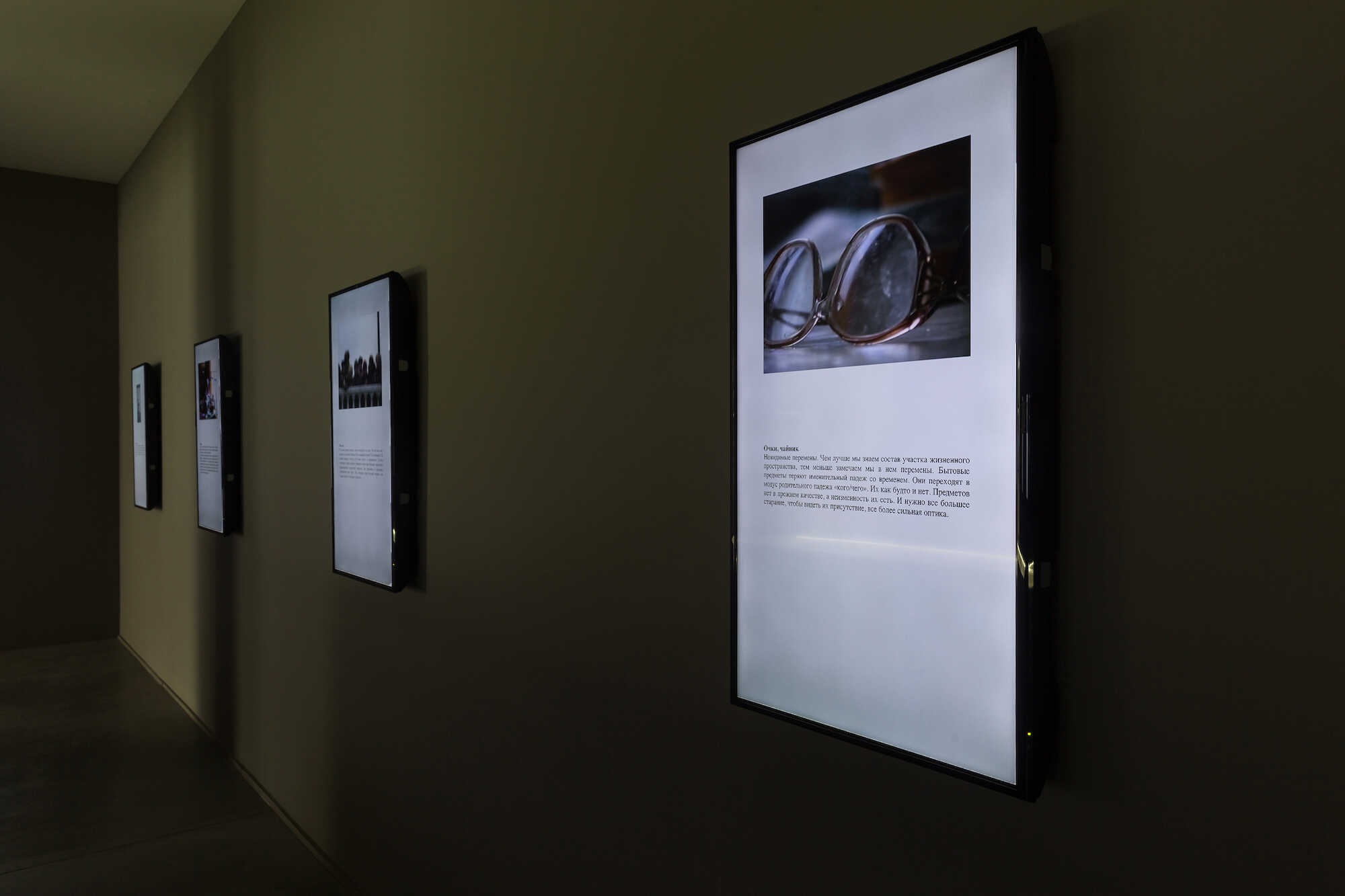 "Screens", from the group show "Toward the Source". Installation view at Garage Museum, Moscow
2017 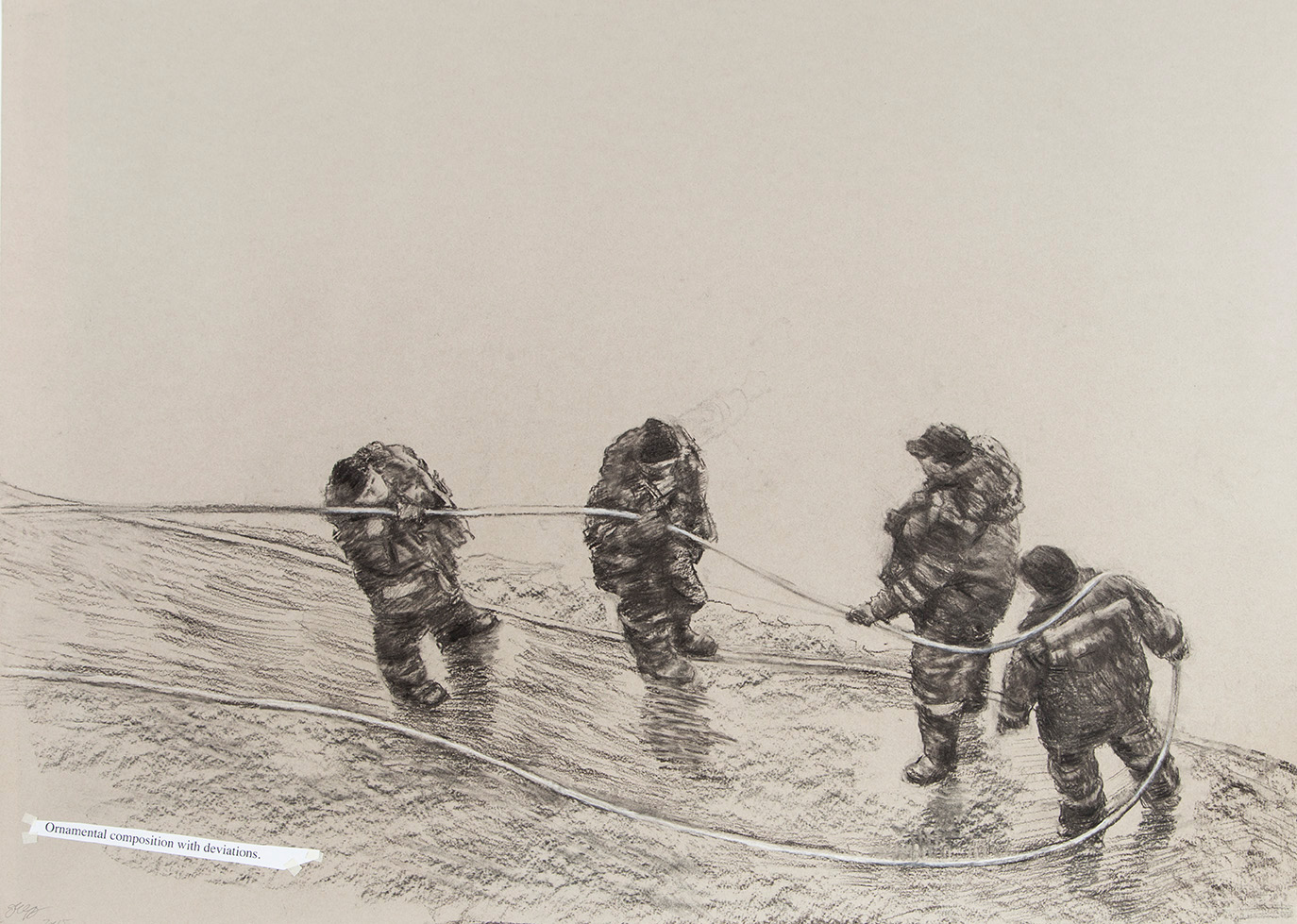 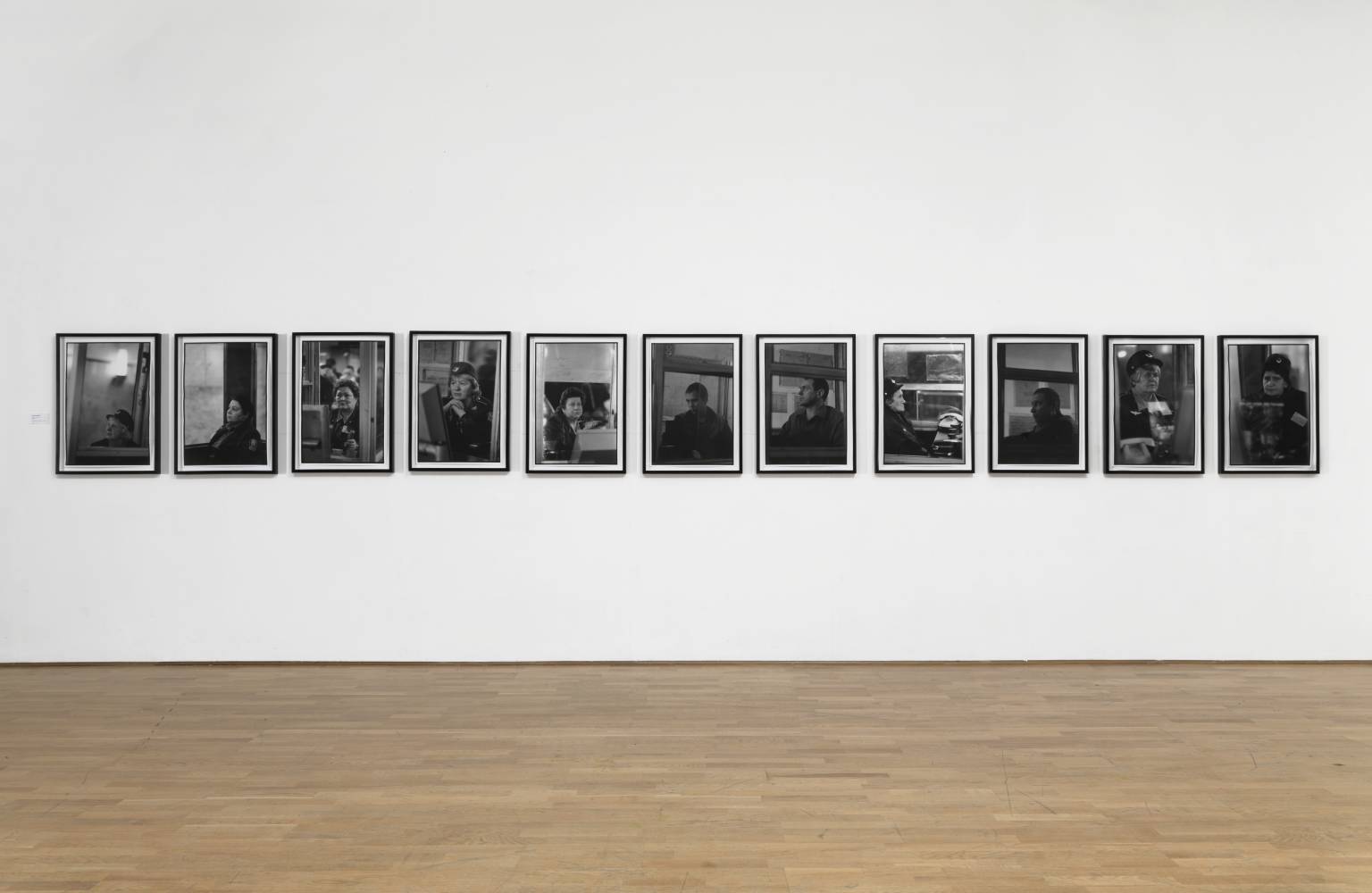 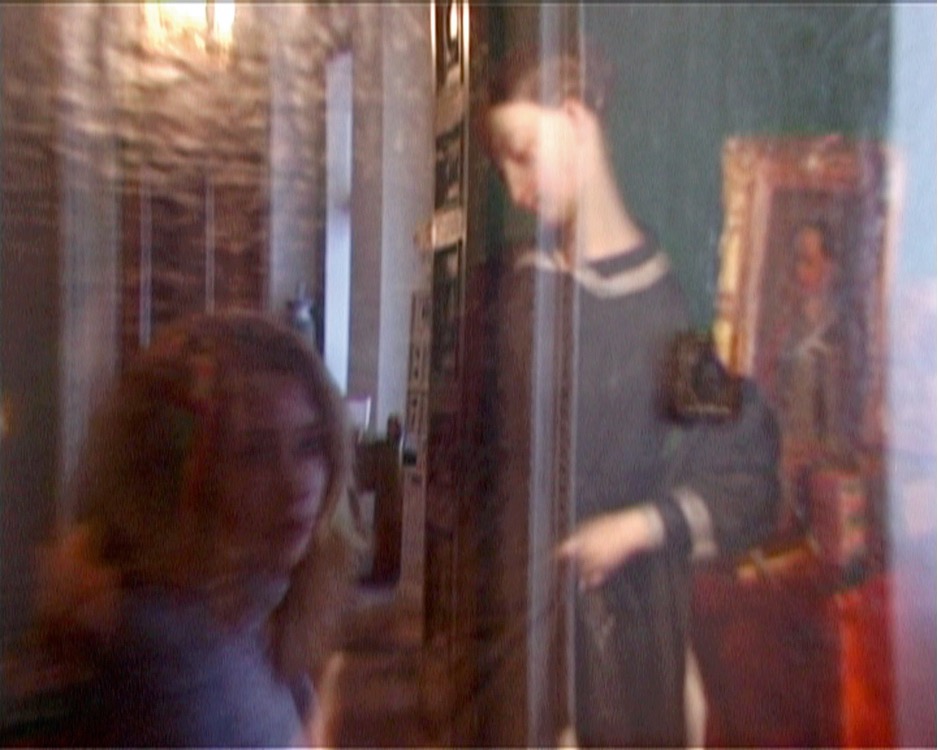 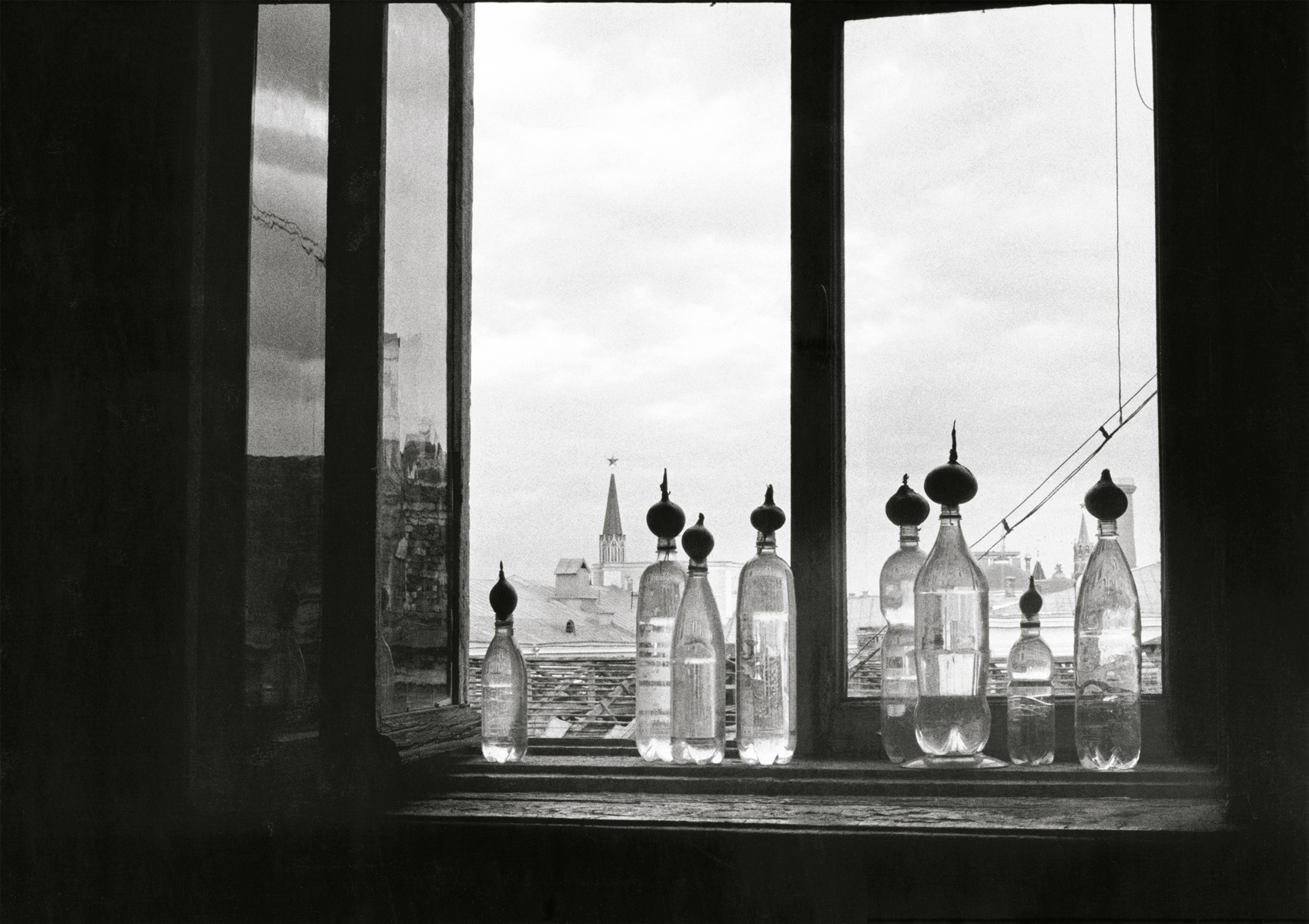 Olga Chernysheva was born in 1962 in Moscow, where she lives now. She grew up there as well as in Damascus, Syria. She was trained as an animation filmmaker at the All-Russian
State University of Cinematography named after S. A. Gerasimov (a.k.a. VGIK). She also studied at the Rijksakademie van Beeldende Kunsten in Amsterdam. Animation, as a way of bringing everything around us to life, has remained an important principle in her work, as has the metaphorical visual language of classic Soviet filmmakers such as Alexander Dovzhenko and Sergei Eisenstein.

Olga Chernysheva also relates to other movements in art history. Her work in different media – including drawing, painting, photography, video and very short essays combined
with still or moving images — is based on close observation of reality around her. It continues a long tradition of social realism in Russian culture (very different from the Socialist Realism that was the official artistic doctrine of the USSR) and of art as a vehicle for critical and compassionate narrative (which can also be formally bold and experimental). Her approach to art and life is both formally sophisticated and subtly humorous. One of her sources of inspiration (and the topic for her diploma work at the film academy) is the work of the painter Pavel Fedotov (1815–1852), who has been called ‘the Russian Hogarth’.

Olga Chernysheva’s solo shows were held at the State Russian Museum in Saint Petersburg (“The Happiness Zone”, 2004), Kunsthalle Erfurt (“Compossibilities”, 2013), Museum of Contemporary Art Antwerp (“Keeping Sight”, 2014), Secession in Vienna (“Chandeliers at the Forest”, 2017). She represented Russia at the Venice Biennale of 2001. Her works were displayed at the 56th Venice Biennale (2015), Manifesta 10 in Saint-Petersburg (2014), 1st Bergen Triennale, Bergen, Norway (2013).

She has also participated in numerous group exhibitions, such as ‘After Eisenstein’ at Lunds konsthall, Sweden, in 2008 (with Boris Mikhailov, Sergei Eisenstein and Kira Muratova, curated by Anders Kreuger and Åsa Nacking) and ‘The End of the 20th Century: The Best Is Yet to Come’ at Hamburger Bahnhof in Berlin (curated by Eugen Blume and Catherine Nichols).