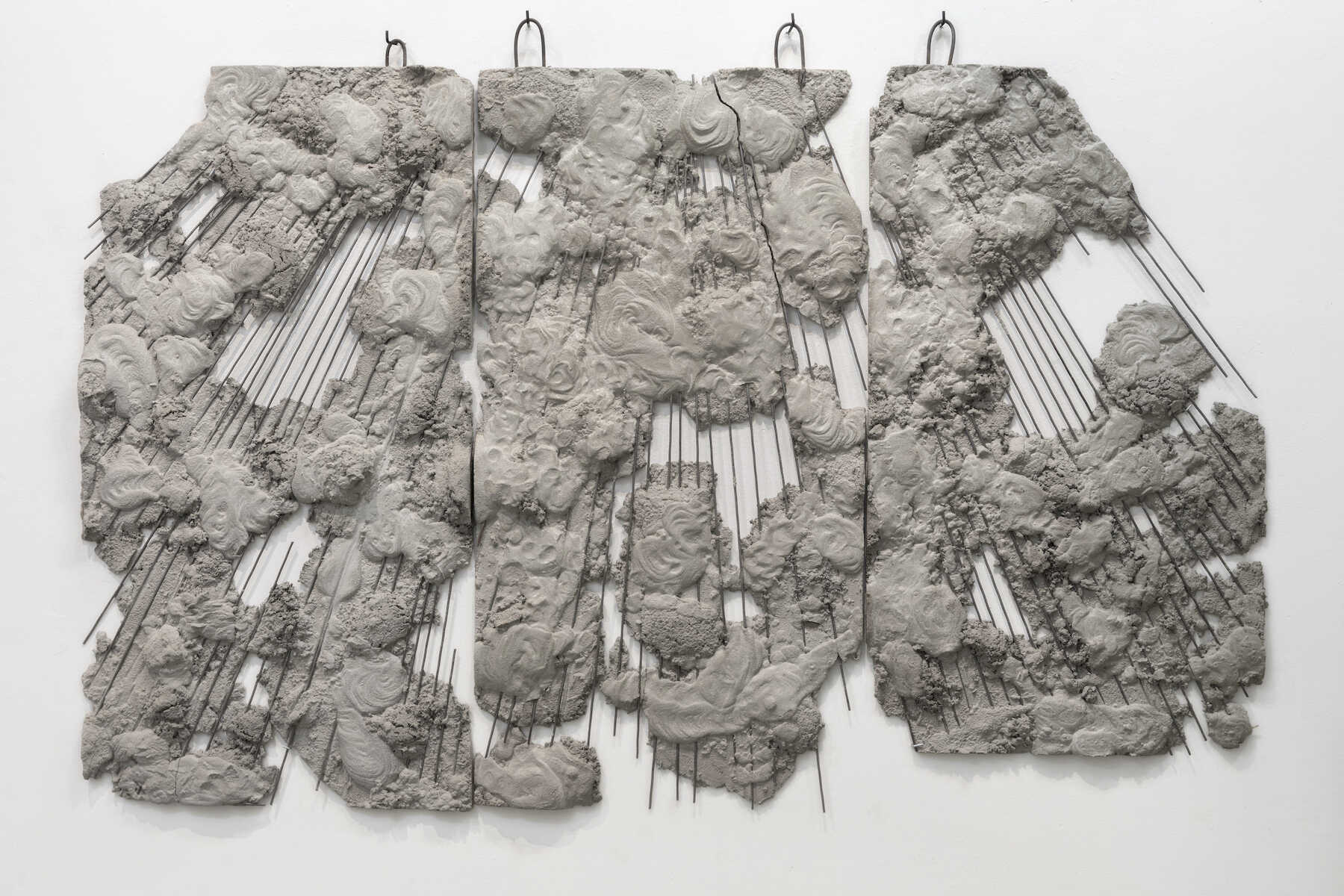 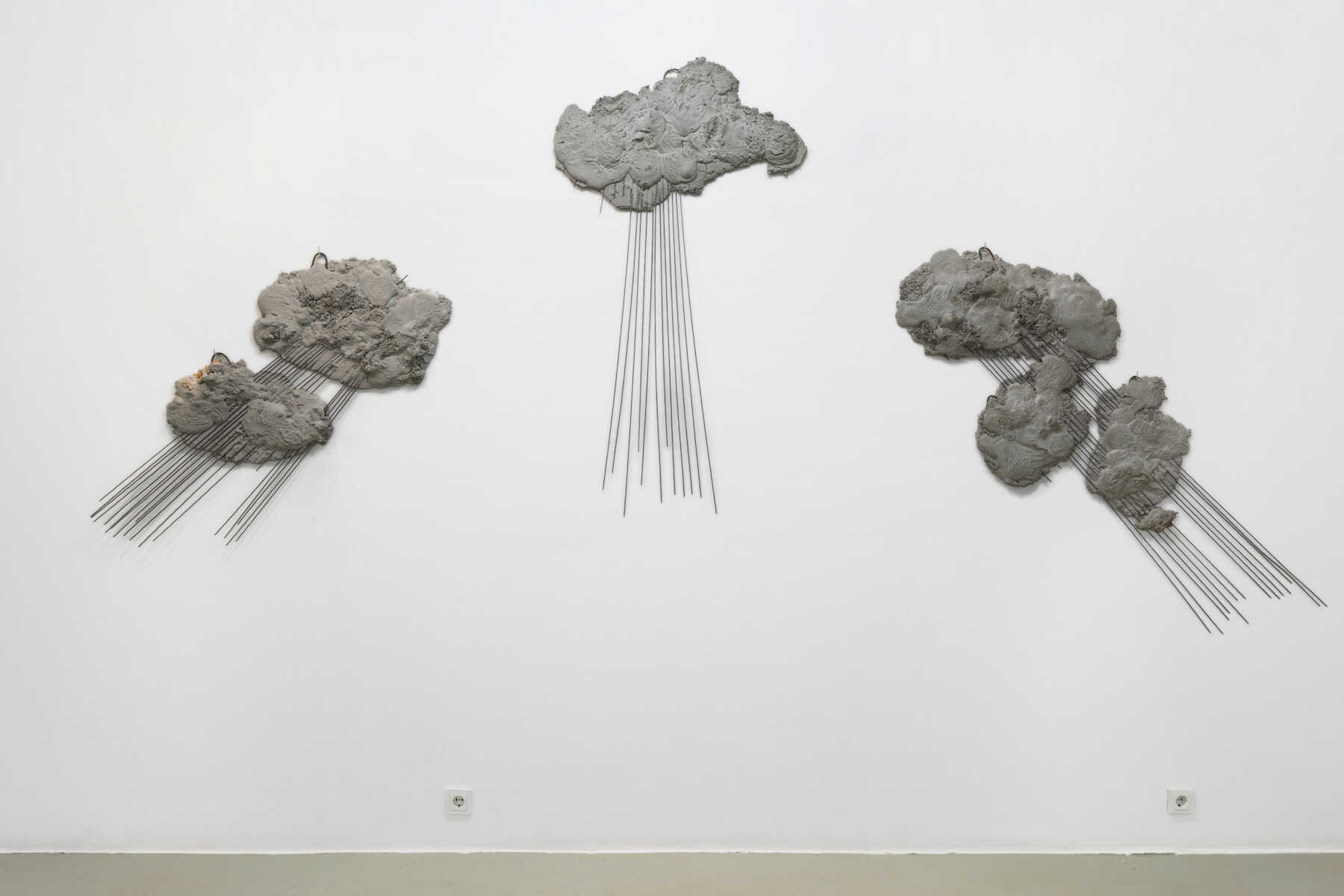 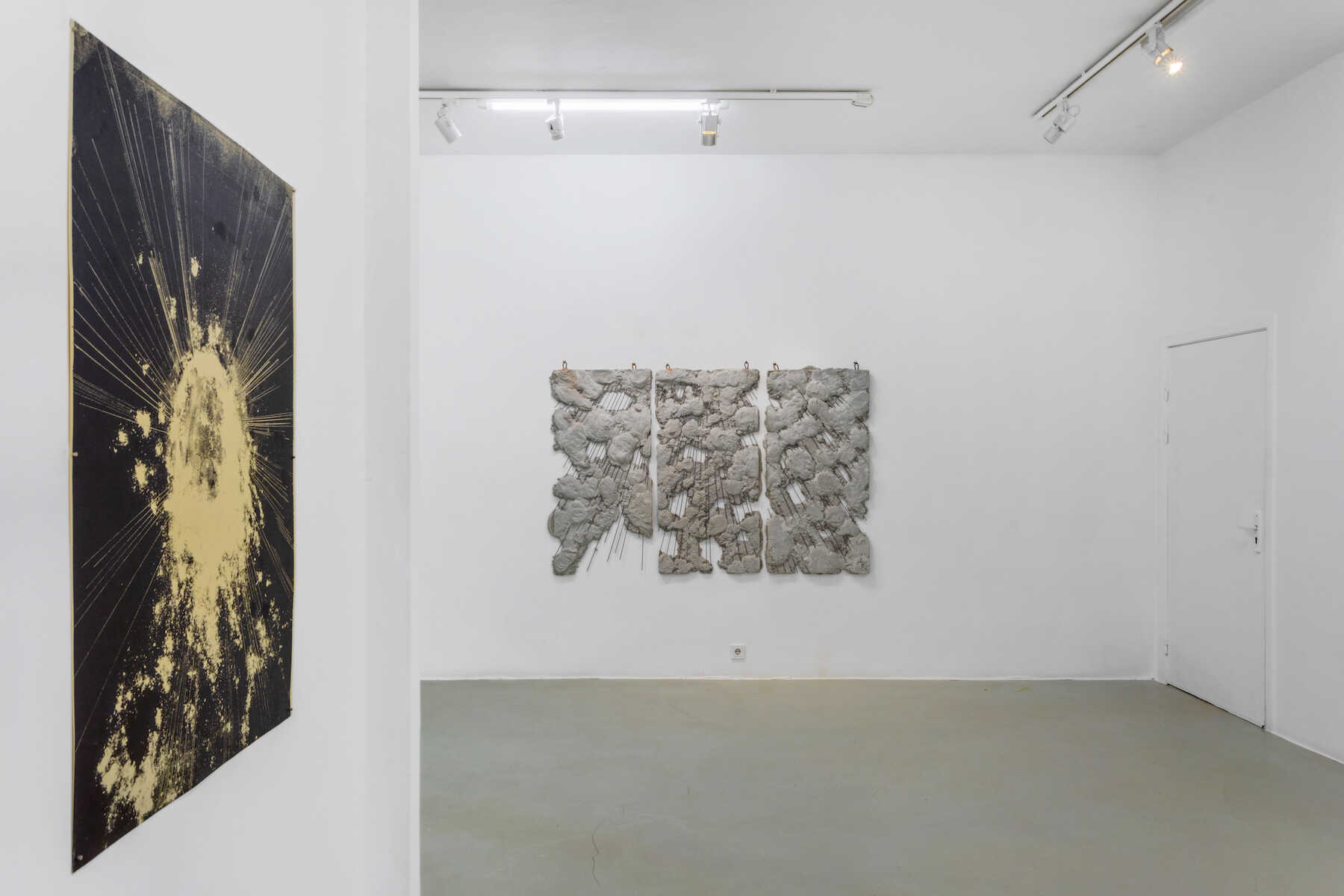 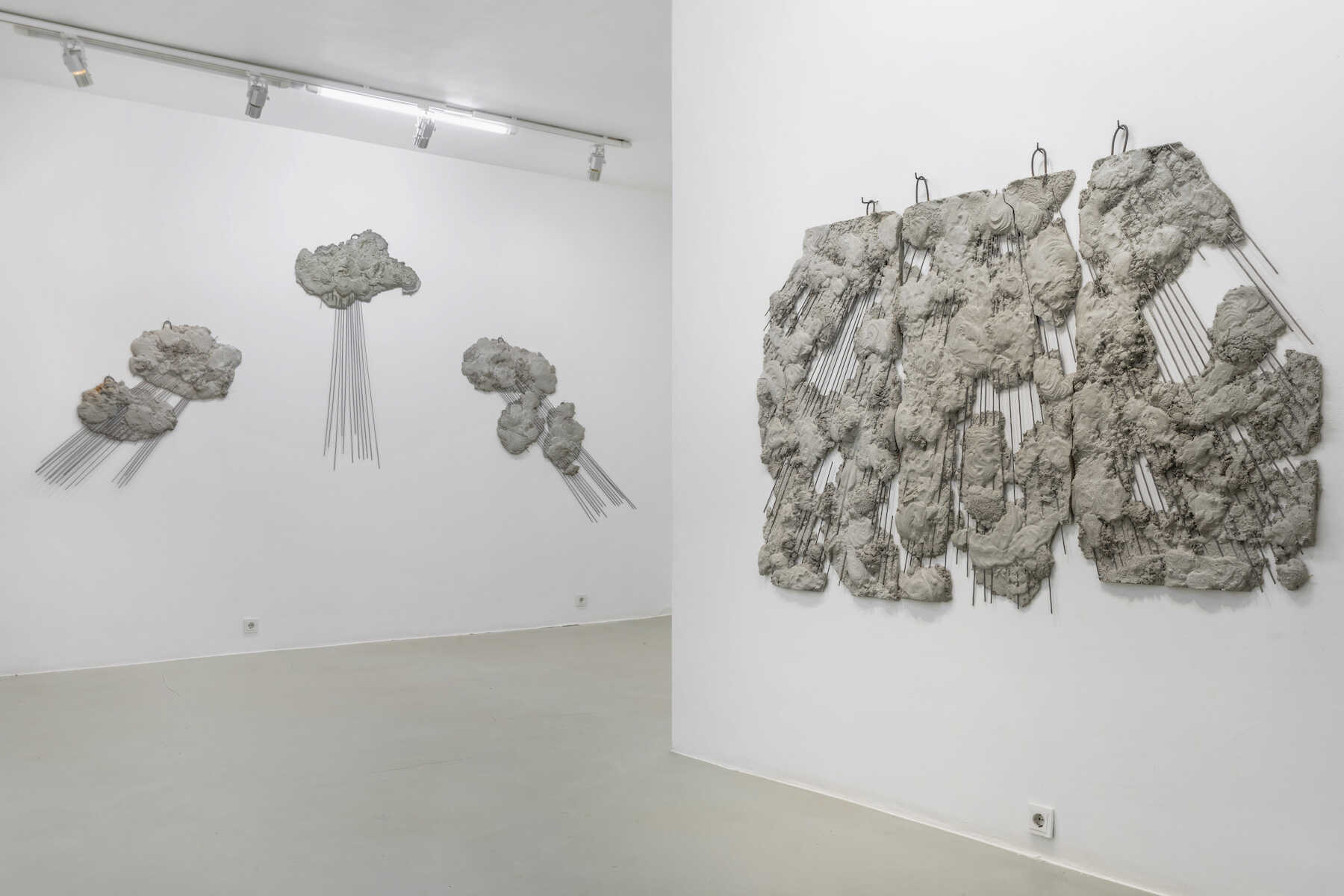 From Melancholia to Ecstasy (and back again)

Those not tainted by art history or religion may be reminded of building sites when they see Peter Belyi’s piles of cement on the wall. The metal bars slanting through them may be all too familiar. How many of our brutal architectural creations appear unfinished. The act of creation can never fully escape that destruction that precedes it and follows it. The act of decay invariably prevails.
Of course, the artist and I are scarred by art history, the weight of all the work that artists have made before, all the thoughts, feelings and dreams they had. So much so that the delayed exhibition Melancholia (now part of Present Continuous) he is showing currently at the Garage, is guided by a map made from Durer’s famous engraving of Melancholia, 1514. It takes one through the ruins of past political icons, Lenin and others in the rubble. Durer’s Apocalypse series also supplied the inspiration for his cement works, but if you follow the melancholic map across Gorky Park to the Iragui Gallery, to look at the frieze of cement clouds on their walls, my first thought is of Bernini not Durer. Certainly the way the metallic lines pierce through the cloud may echo that of Durer, and indeed many earlier Renaissance artists such as Giotto and Gentile da Fabriano, but the ambiguity of Belyi’s heavy but fluffy concrete clouds has more connections with Bernini’s St Teresa in Ecstasy, 1547-52.
‘How do you express God, something which does not exist?’ Belyi asked me rhetorically. For a large amount of artists working for the near monopoly patron for centuries, the Church, this was a critical problem. It would be anachronistic to doubt Bernini’s faith, though certainly he was wild in his youth, but however much he believed in his mid-sixteenth century God, he still had a similar problem to Belyi when it comes to showing something that is transparently not there. There is a parallel history in the way we have depicted the rays of the sun to how we have attempted to create an image for our gods, their angels and their spirits. These merge, or diverge however you wish to see it, in Bernini’s St Teresa and Belyi’s concrete clouds.
From the distance of the pews in the nave of Rome’s Santa Maria della Vittoria, on a sunny day, it is easier to believe in God, than on a cloudy day when one goes and pokes ones nose up Bernini’s niche. The artist has funneled the sun to support his own relatively crude model of its rays. It is all tacked together. From where the believers sit and pray it looks divine. It is helped by one of the best sculptural manifestions of La Petite Mort ever made. Love and religion feed off a very similar, if not the very same, human desire to believe. But if one makes the mistake of analysing the rods holding both Bernini’s and Belyi’s structures together, it as Belyi says ‘easier to believe in concrete than in God.’

Alistair Hicks is the author of the Global Art Compass. He is the curator of Doublethink: Doublevision, an exhibition at the Pera Museum in Istanbul in 2017 that shows artists from around the world reassessing the way we think. Much of his work is aimed at trying to cut through the art politics and artspeak to show how rich and diverse our times are.
For twenty years he was Senior Curator at Deutsche Bank. While at Deutsche Bank his main job was selecting and presenting art to purchase committees. He created the Man Booker Library while he was art advisor to Man Group. Currently he is on the art advisory board of Cliveden Advisory, the Advisory Committee of Unseen Art Fair (Amsterdam) , on the Global Art Advisory Committee of Hana Bank Global HR Center Art Collection and is a contributor and advisor to Russian Art Focus.