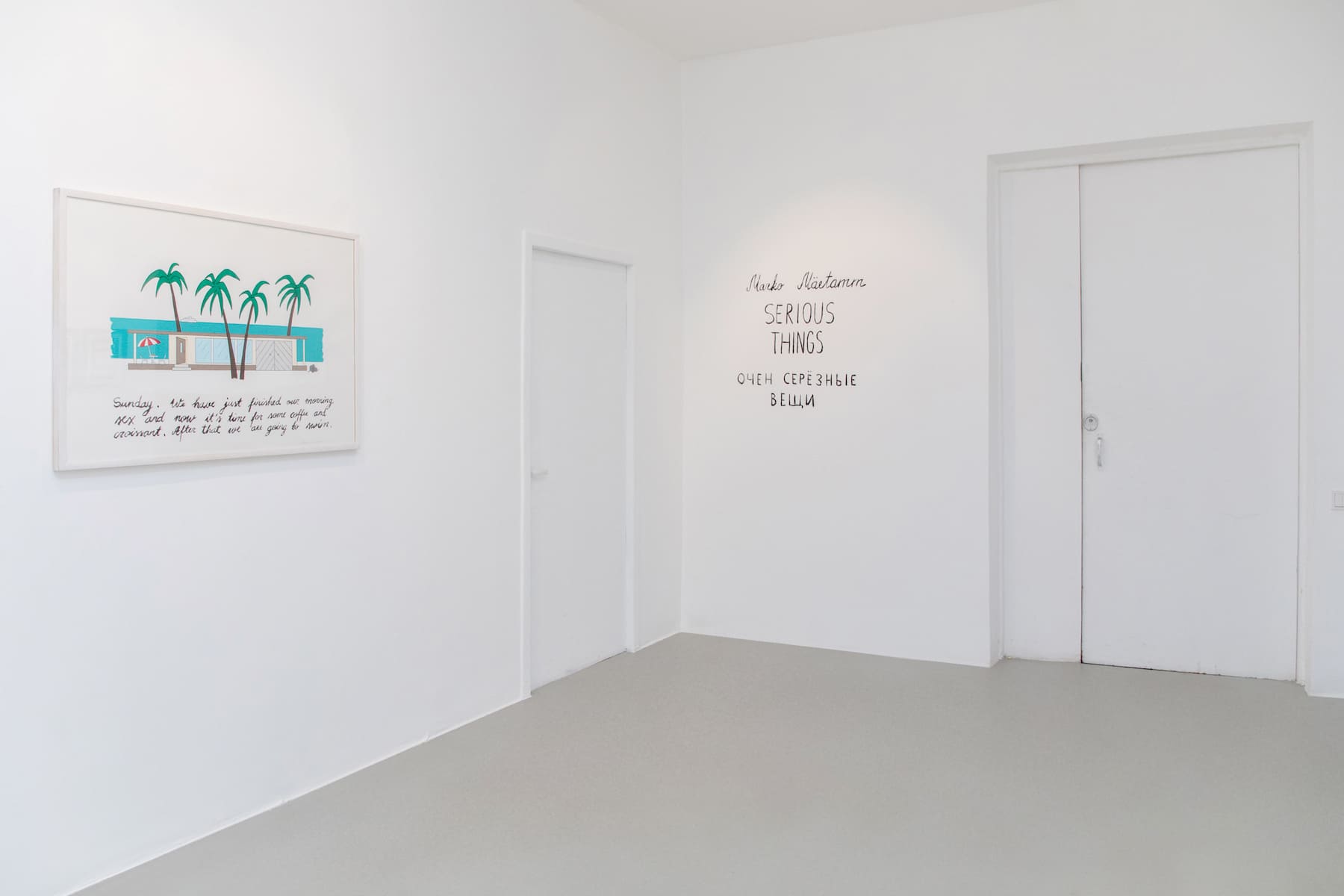 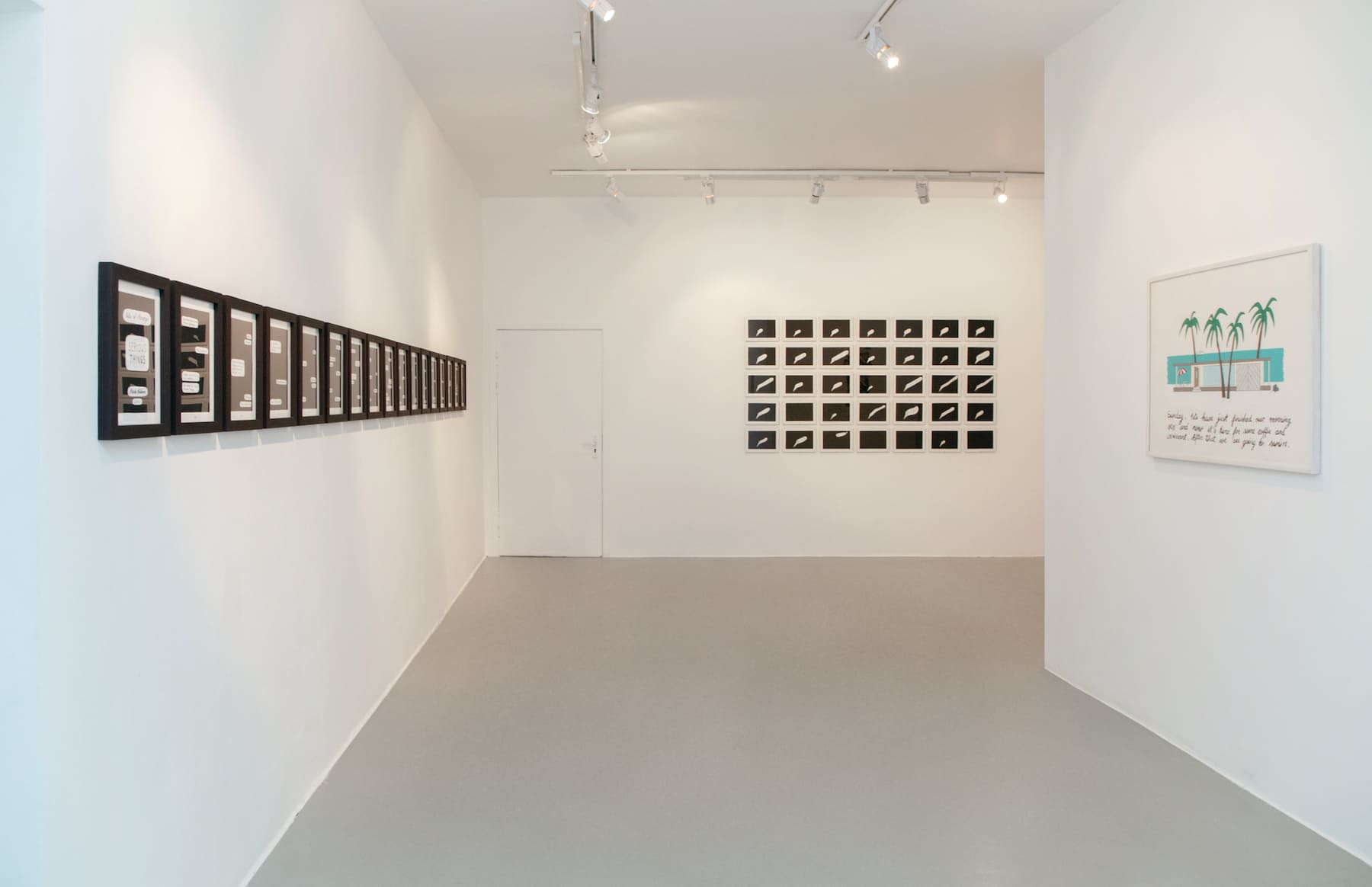 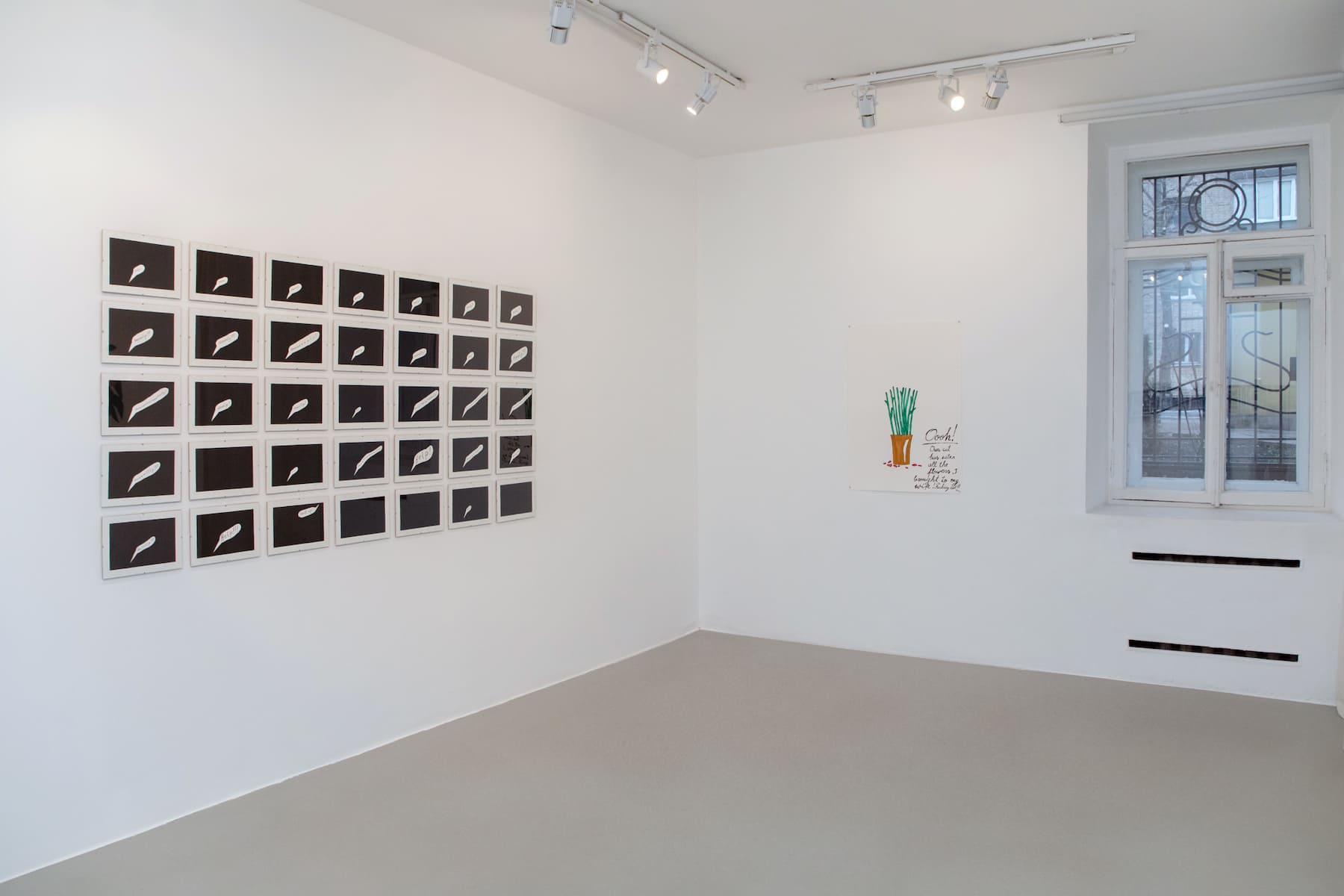 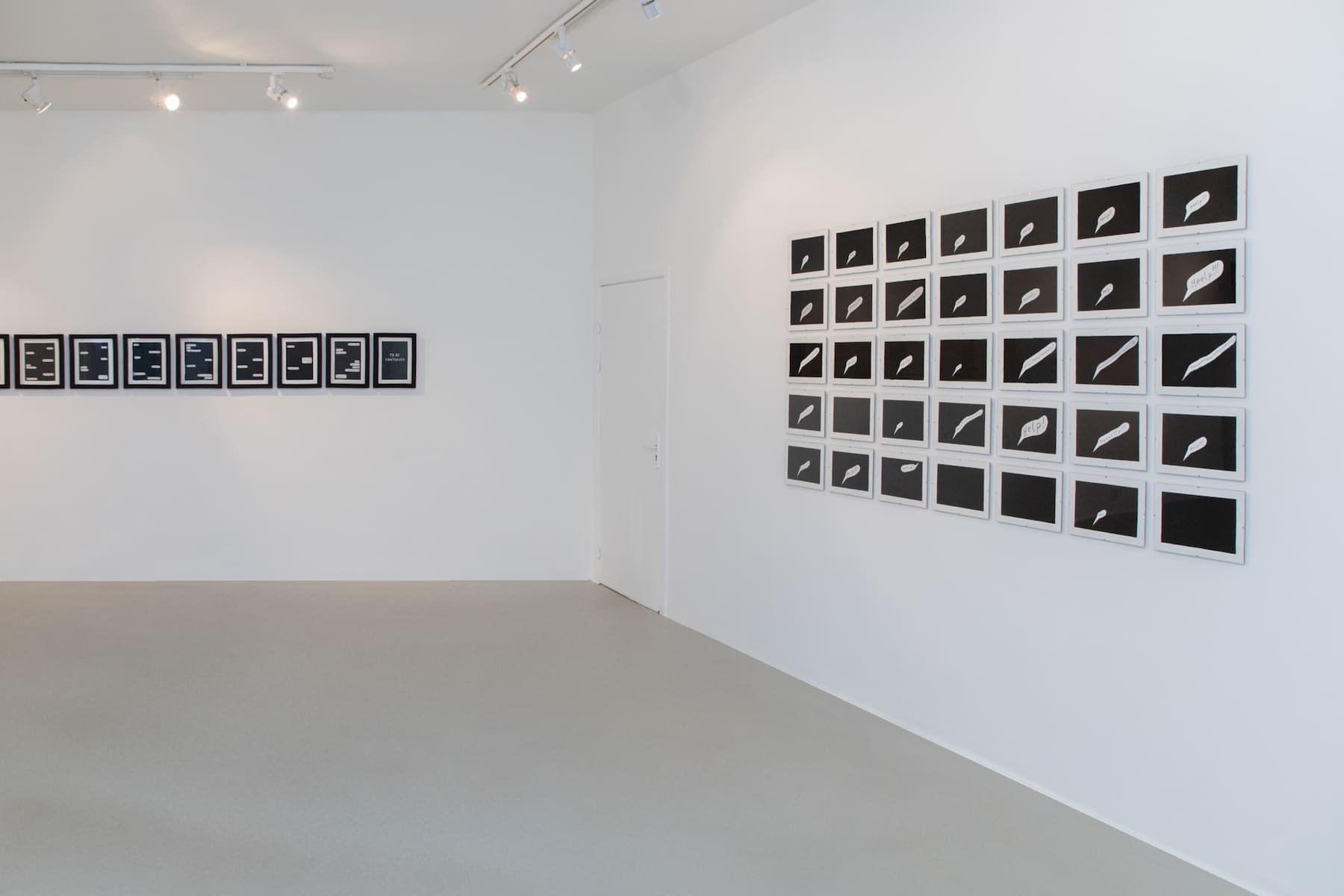 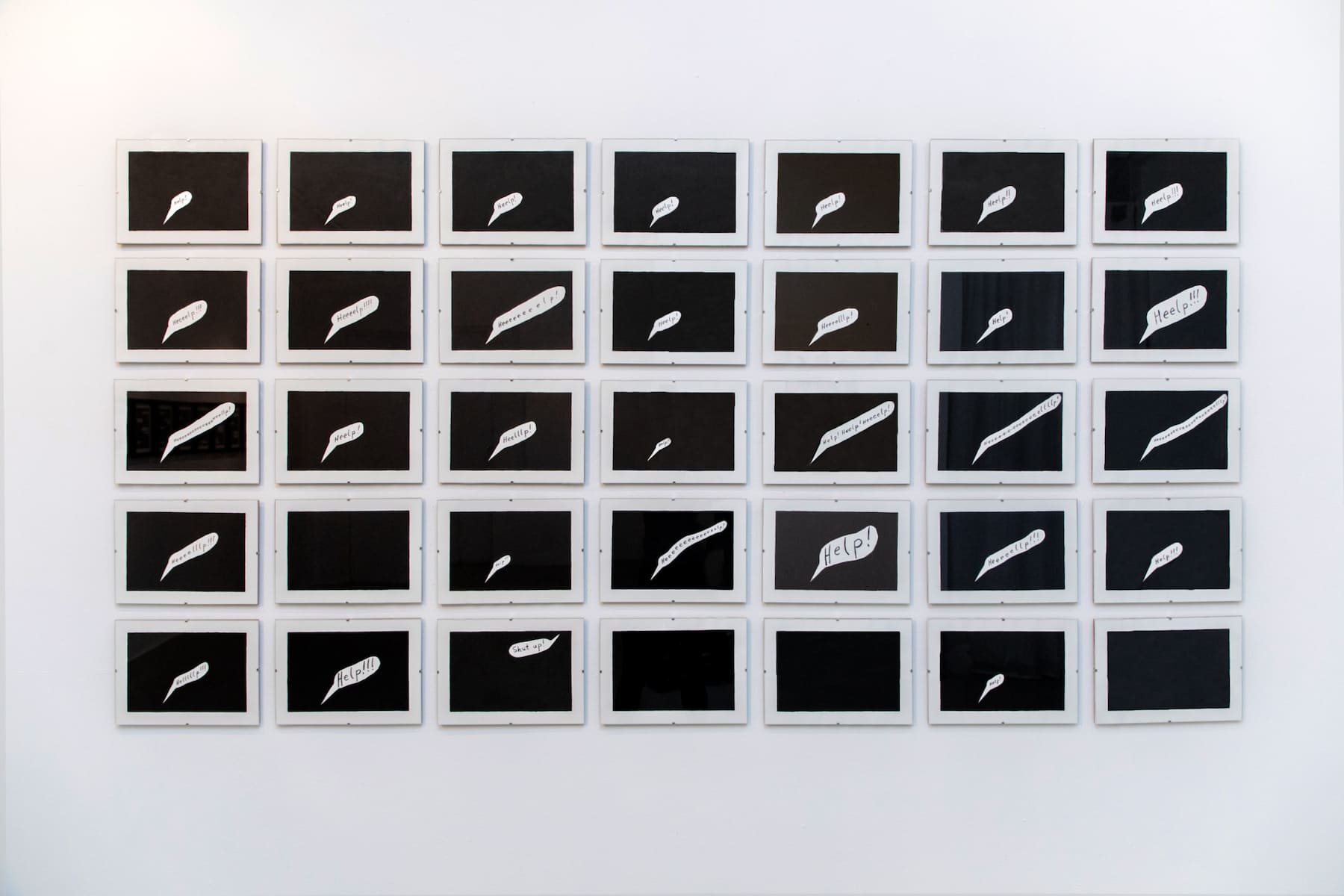 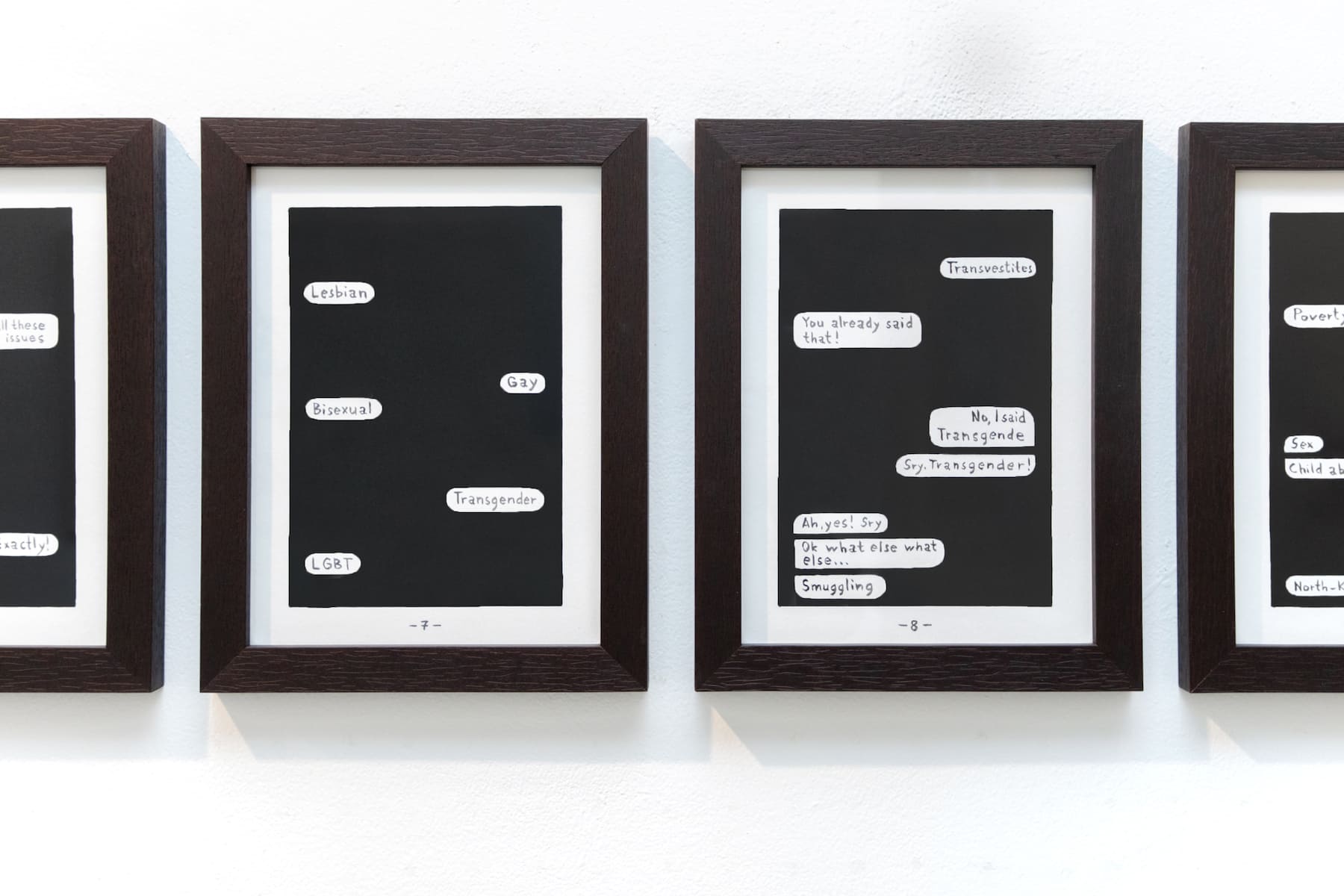 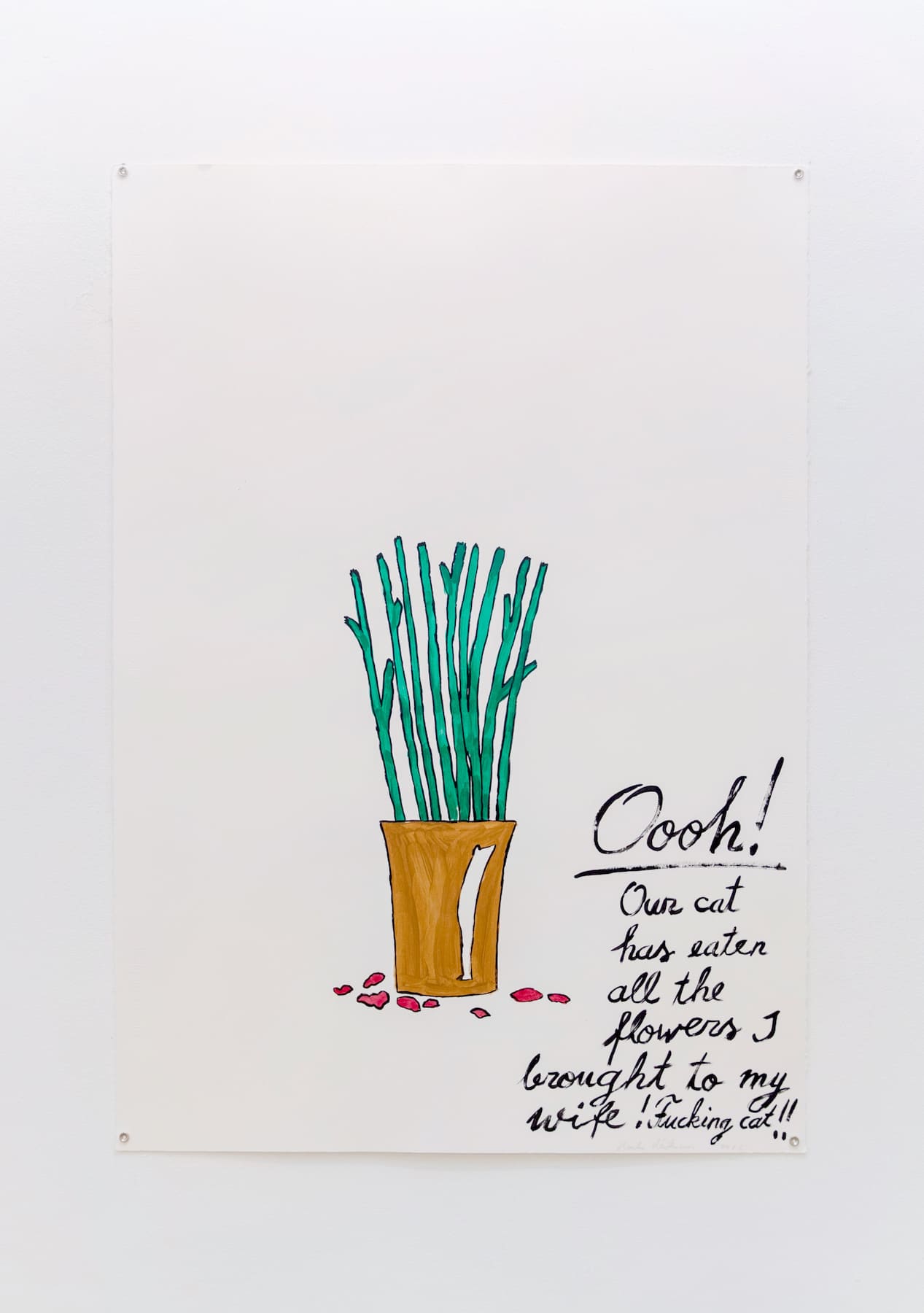 Marko Mäetamm’s range of topics covers the most ordinary and boring aspects of the lives of ‘the little men’, but also broader phenomena like religion and politics. He tackles issues with a fair amount of irony, while also applying grotesque and atypical and even simulated sincerity.

Mäetamm’s oeuvre is drenched in many styles and ideologies, and by combining their form and content reaches a rather unconventional outcome. Conceptualism, influenced by pop, crosses paths with existential philosophy, and through the artist’s filter, the angst-ridden absurdity of existence finds its way into graphic art, infused with black humor.

His work also carries an element of performance – the artist and his body, like a central station for perceiving the world, become the central figures, projecting his own feelings onto a greater scale.

Marko Mäetamm was born in Viljandi, Estonia in 1965 and now lives and works in Tallinn,
Estonia. He studied graphic art at the Estonian Academy of Arts, where he received his B.A. in 1993 and his M.A. in 1995.

Mäetamm’s work has been exhibited at such international venues as la Biennale di Venezia, Italy (2003, 2007); Wäinö Aalto Museum, Turku, Finland (2009); Dorsky Gallery Curatorial Programs, New York City (2009).
He has received numerous awards such as the Kristjan Raud Annual Award, Estonia (2000), the Baltic Assembly Prize for the Arts (2009), and the Annual Award of the Cultural Endowment of Estonia (2011). He was given the Estonian State Decoration, Order of the White Star, V Class in 2008.
Mäetamm has participated in artists’ residencies at Ville de Paris, Résidences Internationales aux Recollets, Paris, France (2011), the Civitella Ranieri Foundation, Italy (2013), The Fountainhead Residency, Miami, Florida (2014), Christian A. Johnson Endeavor Foundation Artist in Residence in Colgate University, USA (2016), BANFF Centre of Arts and Creativity, Canada (2017)
His published books include Our Daddy is a Hunter (2012), Painting and Waiting (2013), The Alphabet of Lies (2014), Tales of Messenger (2017).