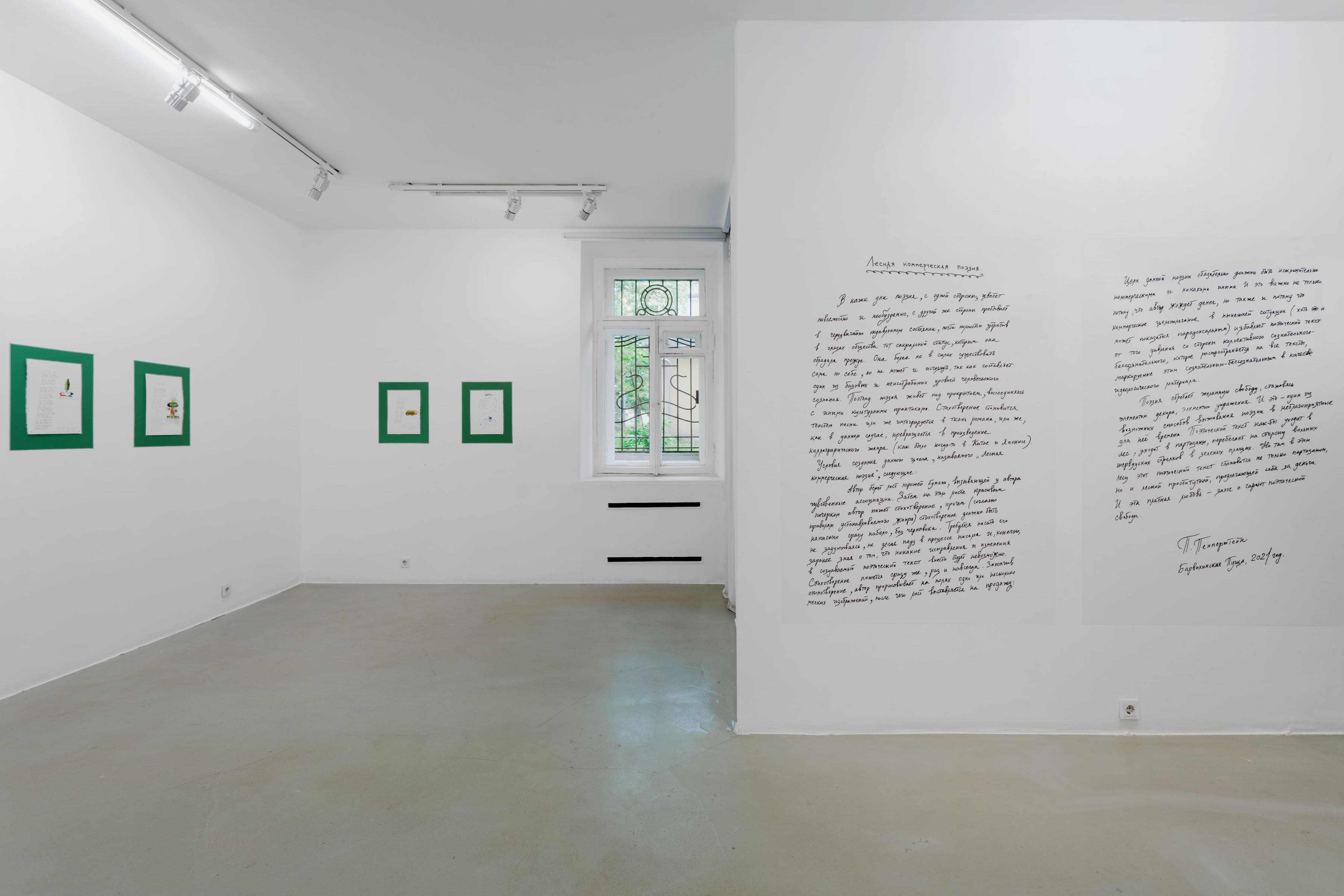 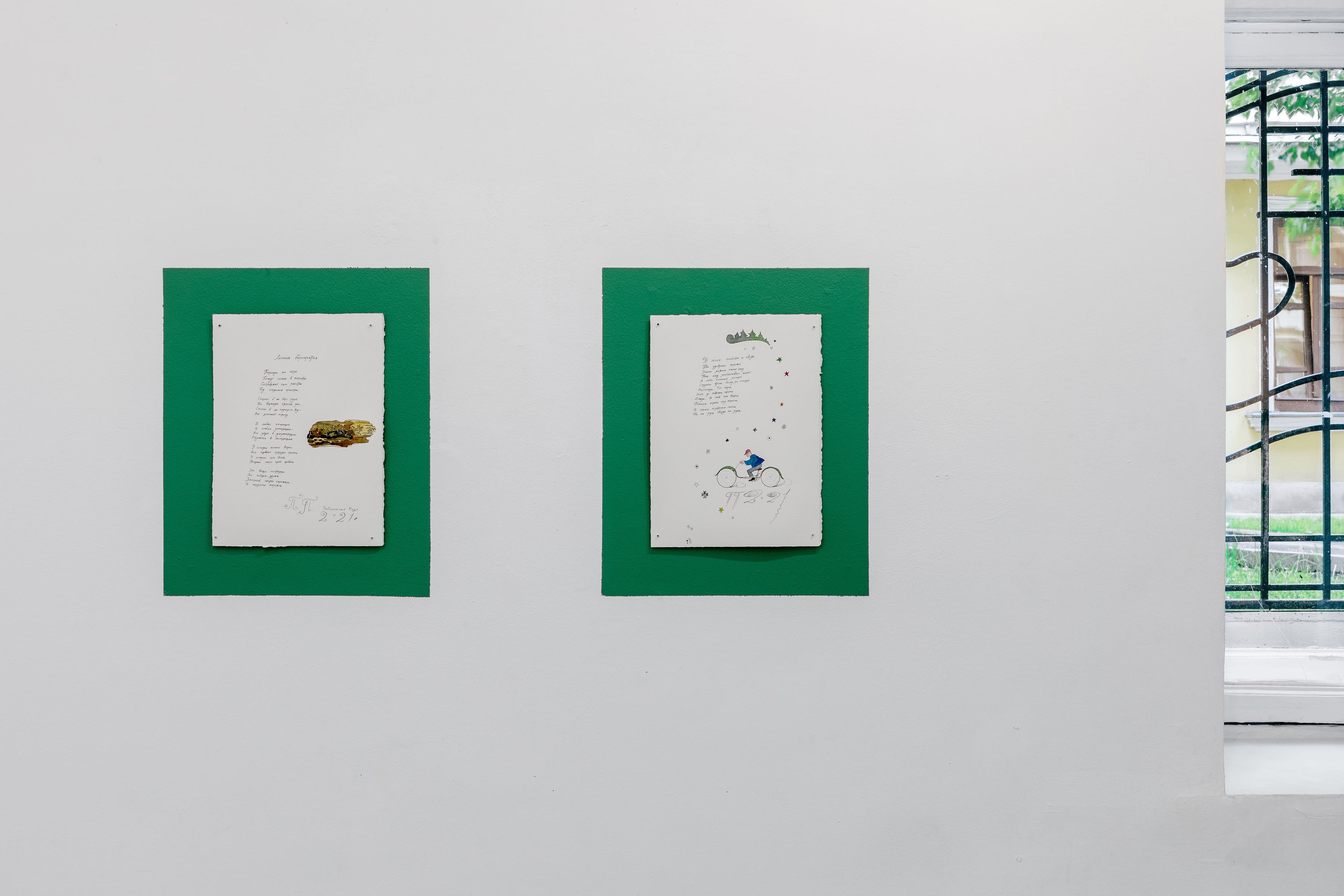 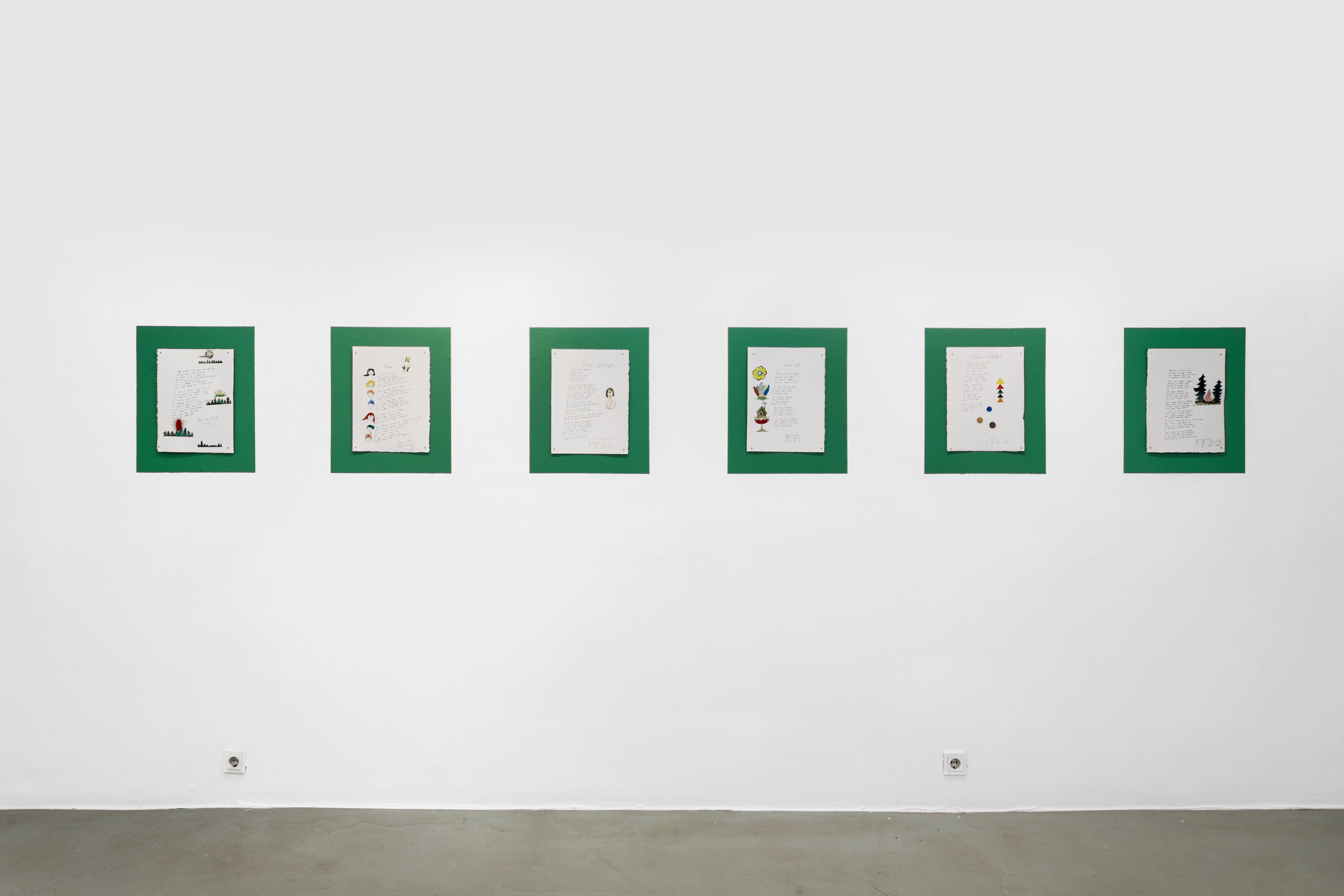 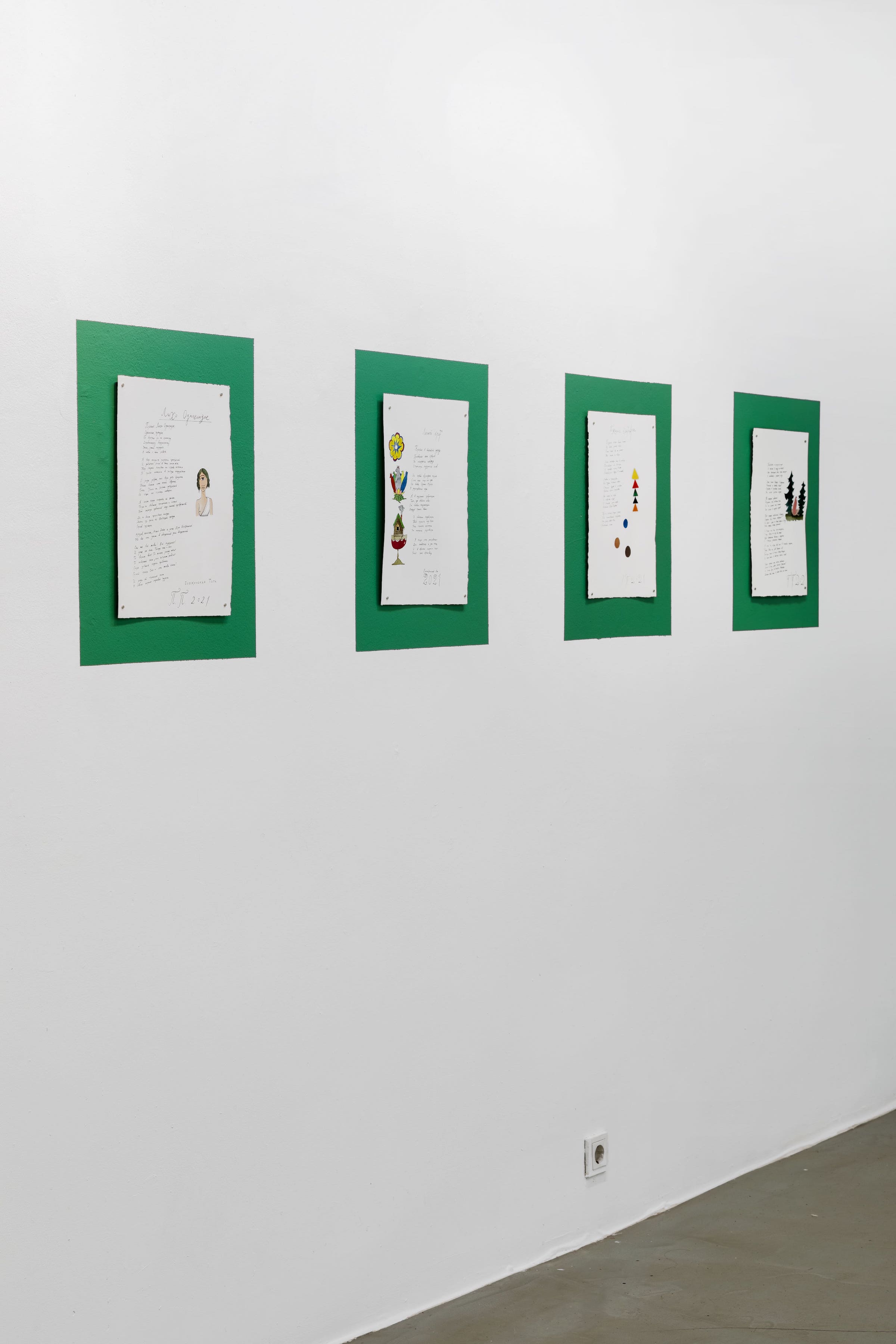 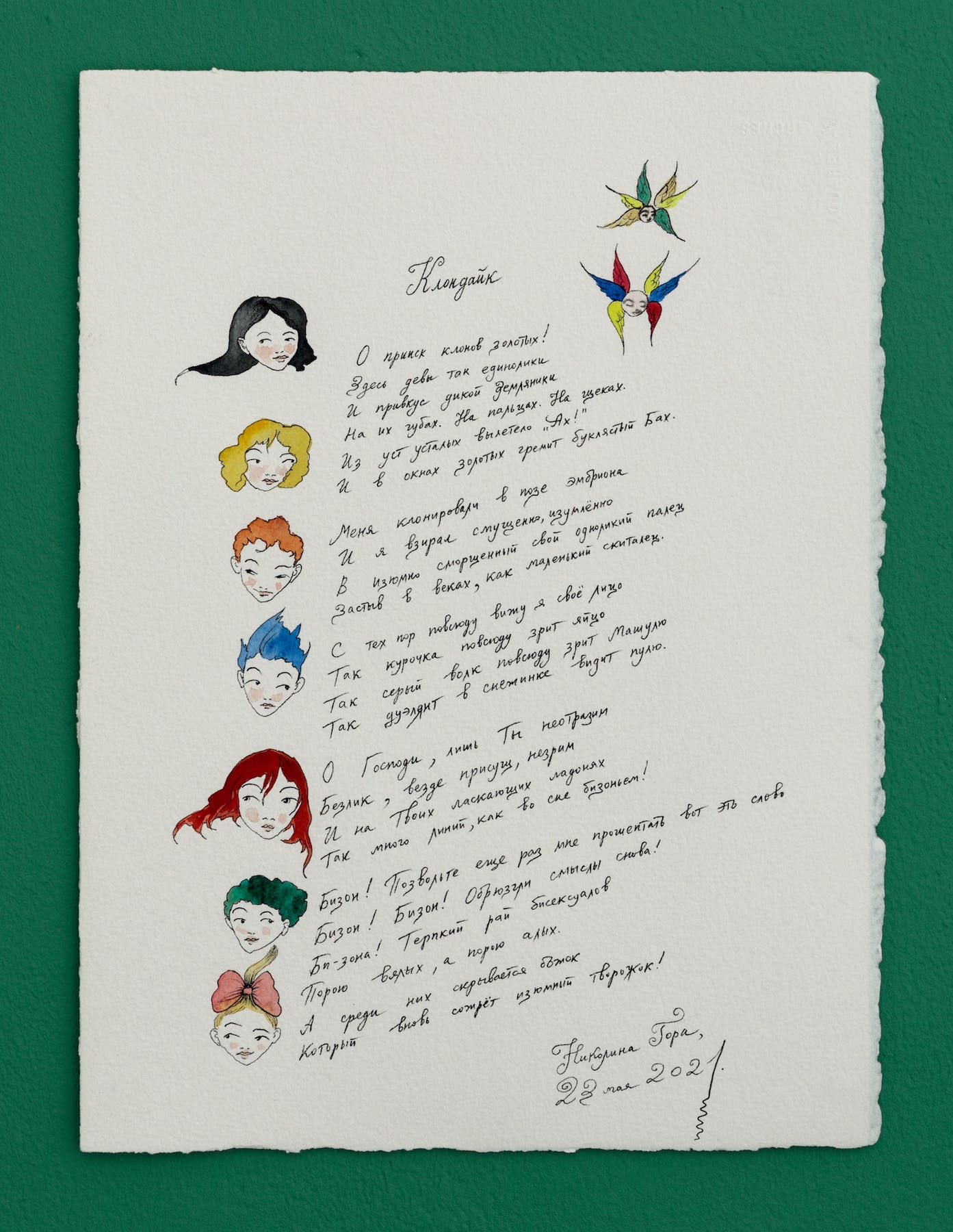 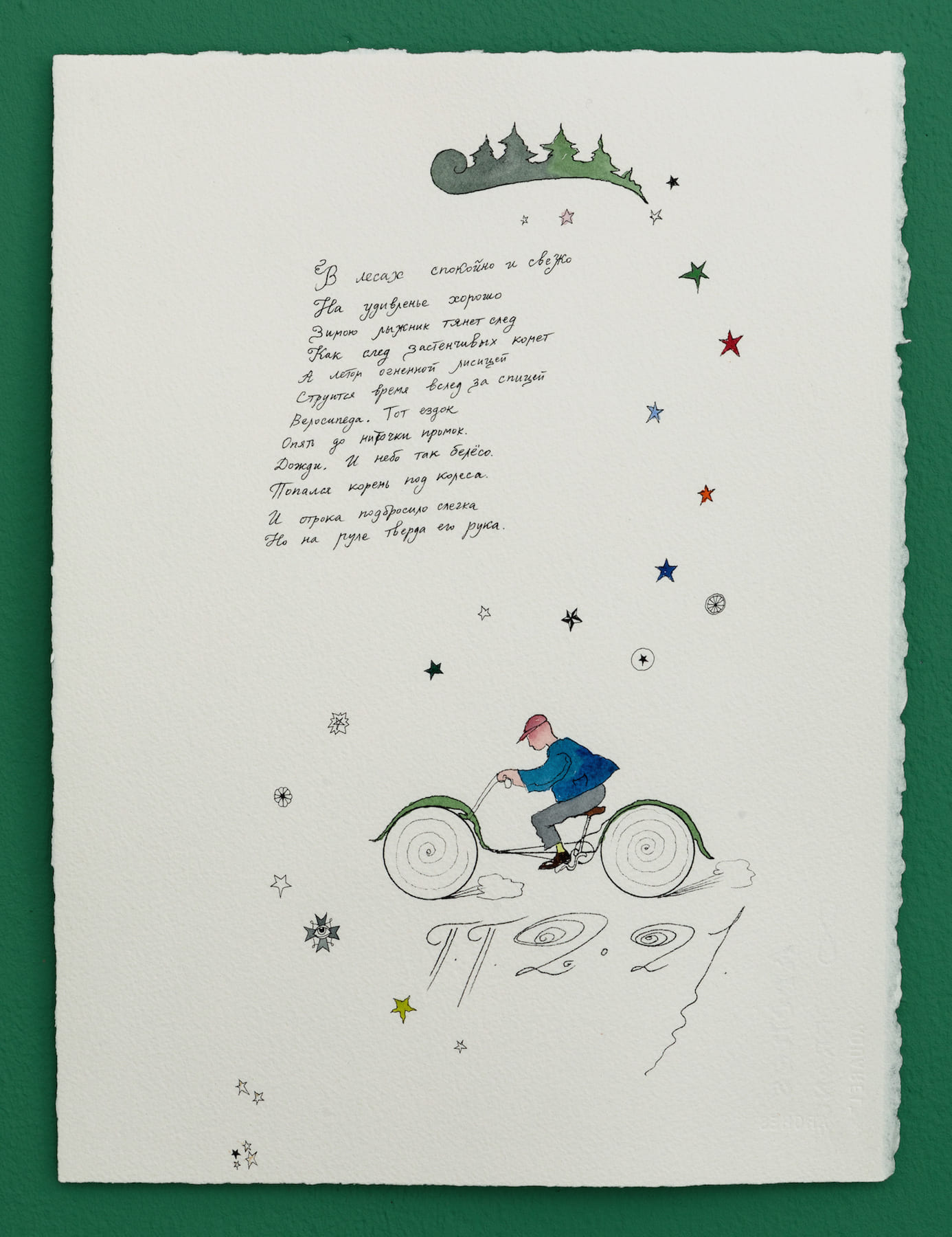 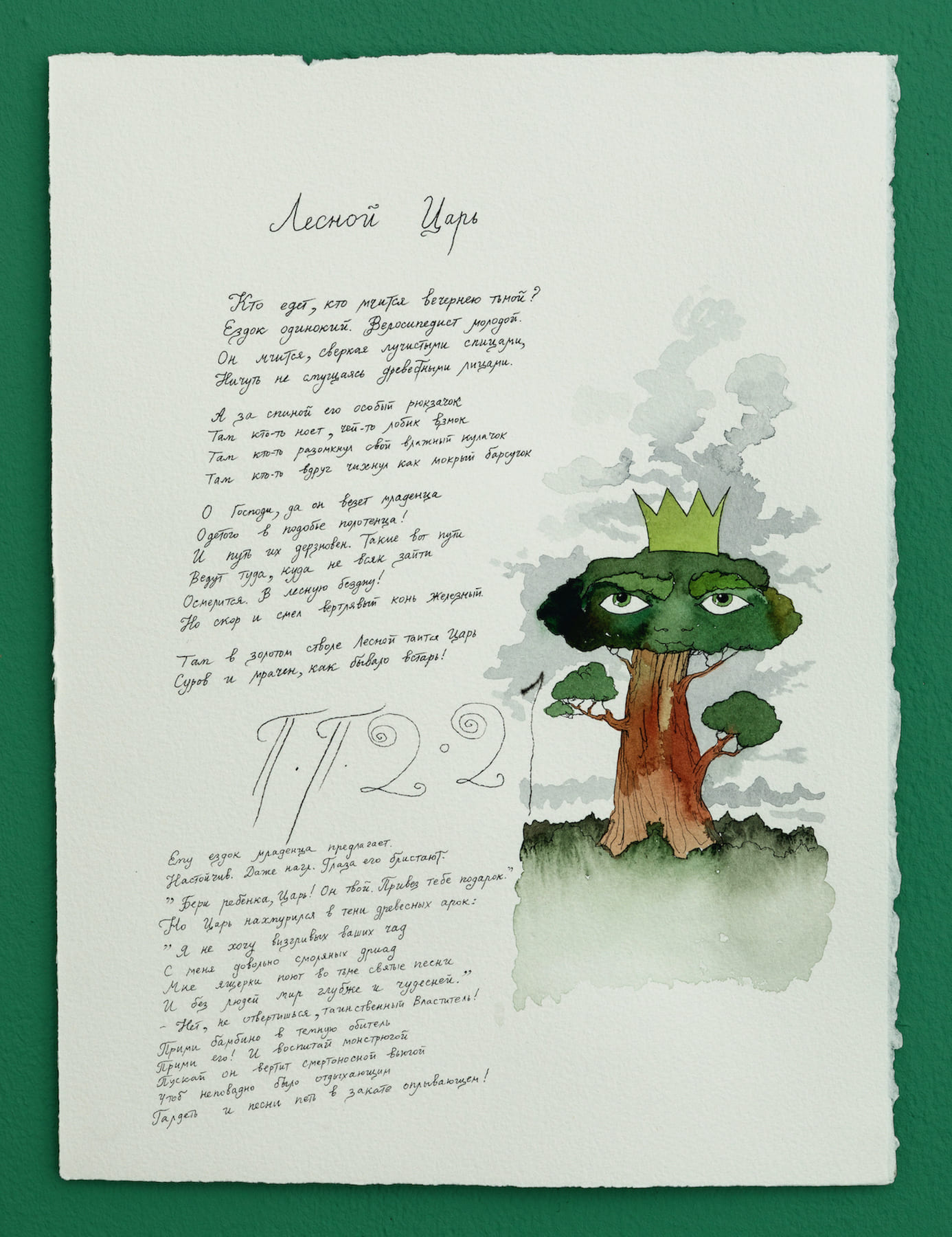 "Today, poetry is on the one hand blossoming everywhere, unbridled, whilst on the other it is in an extremely depressed state, having almost entirely lost, in the eyes of society, the sacral status that it once possessed. It no longer has the strength to exist independently, but it can’t disappear as it represents one of the basic, ineradicable levels of human consciousness. And so poetry lives undercover, integrating with other cultural practices. A poem becomes the lyric for a song, it is woven into the fabric of a novel or, as in this case, it is transformed into a work in the genre of calligraphy (as was once the case in China and Japan). The conditions for the creation of this series, titled “Commercial Forest Poetry”, are:

The author takes a sheet of good paper that inspires him with sensual associations. Then, on that sheet, in beautiful handwriting, the author writes a poem. In keeping with the rules of the established genre, the poem must be written in a clean copy, without corrections. It has to be written without consideration, with no pauses in the writing process and, of course, with an awareness that no corrections or changes can be made to the created poetic text. The poem is written at one stroke, and for ever after. Having completed the poem, the author draws one or several small images in the margins, after which the sheet is offered for sale.

The poetry acquires the desired freedom, becoming an element of décor, an element of adornment. And this is one way that poetry can survive in an era that is hostile to it. It is as if the poetic text flees through the tree line, becoming a rebel, defecting to the archers of Sherwood Forest in their green capes. But there, in that forest, the poetic text becomes not only a rebel, but also a forest prostitute, offering itself for money. And that commercial love is a down payment on and guarantee for poetic freedom".