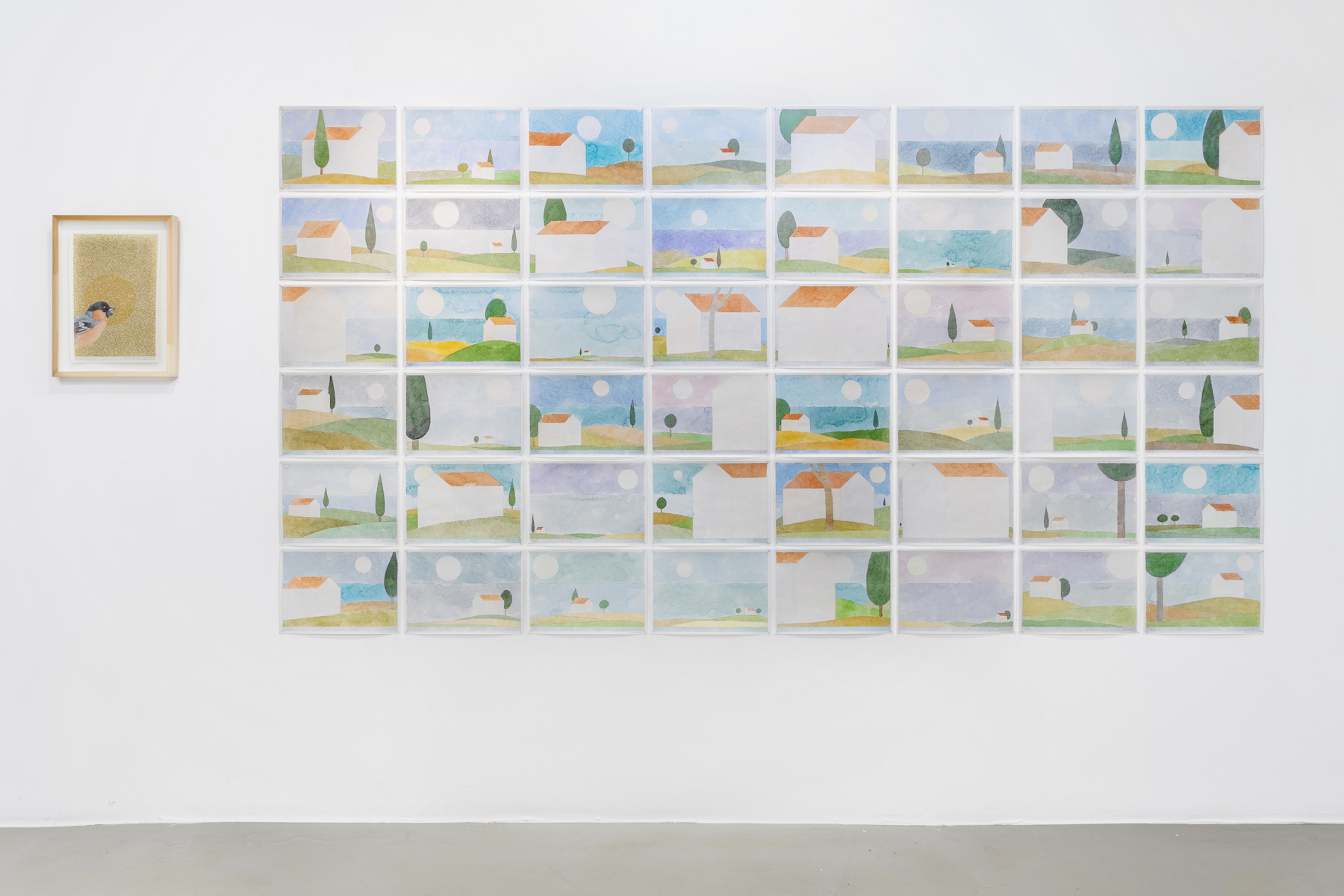 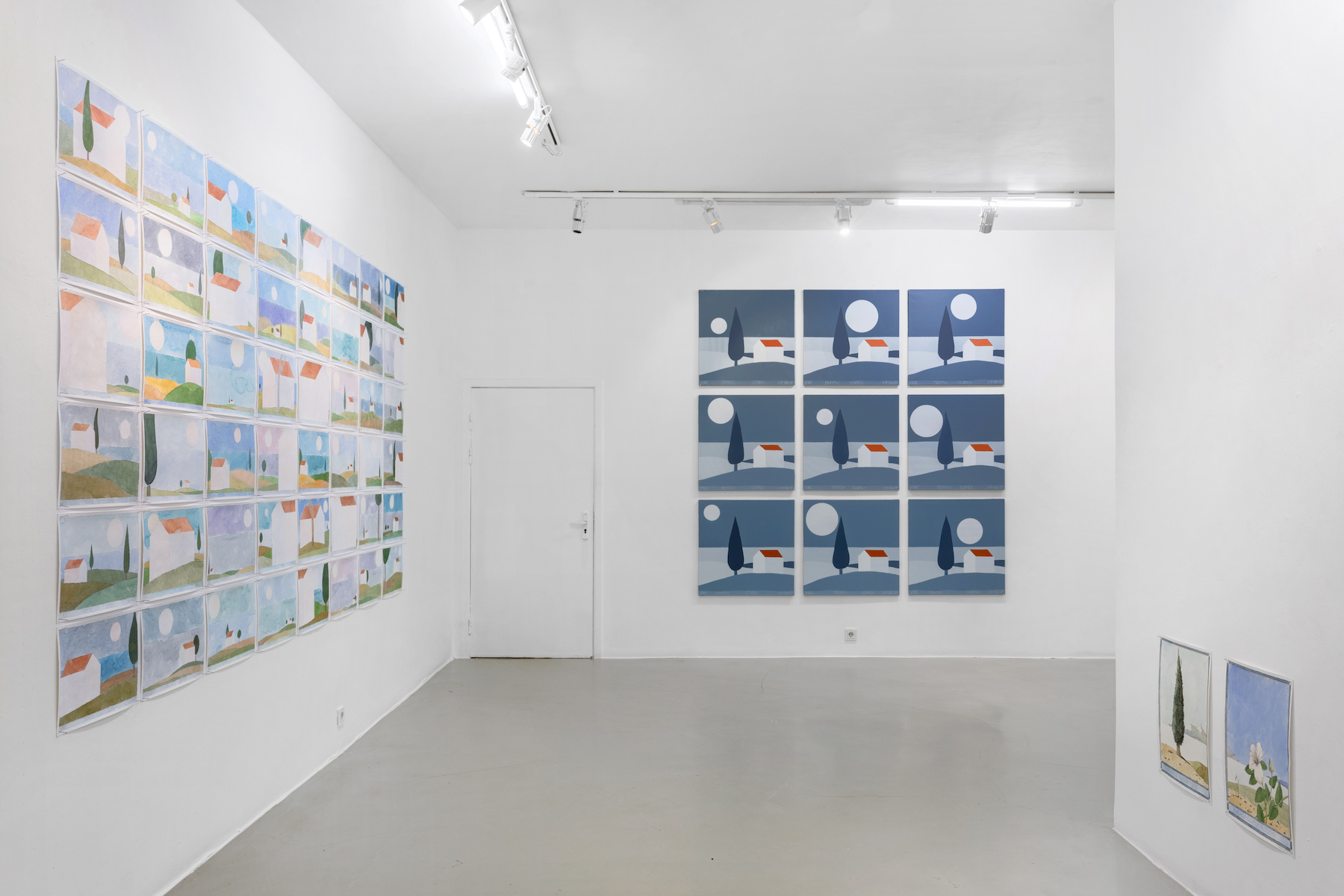 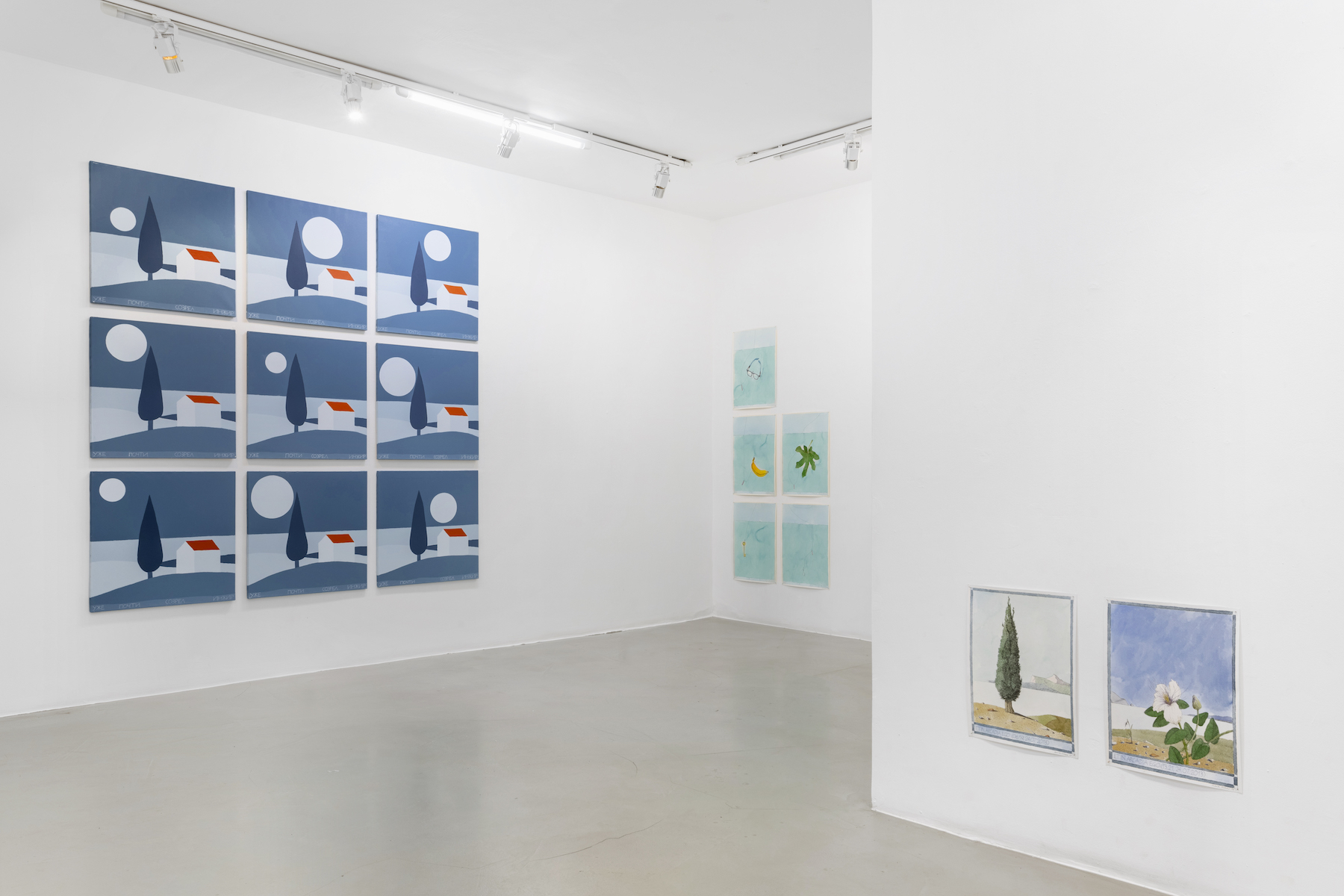 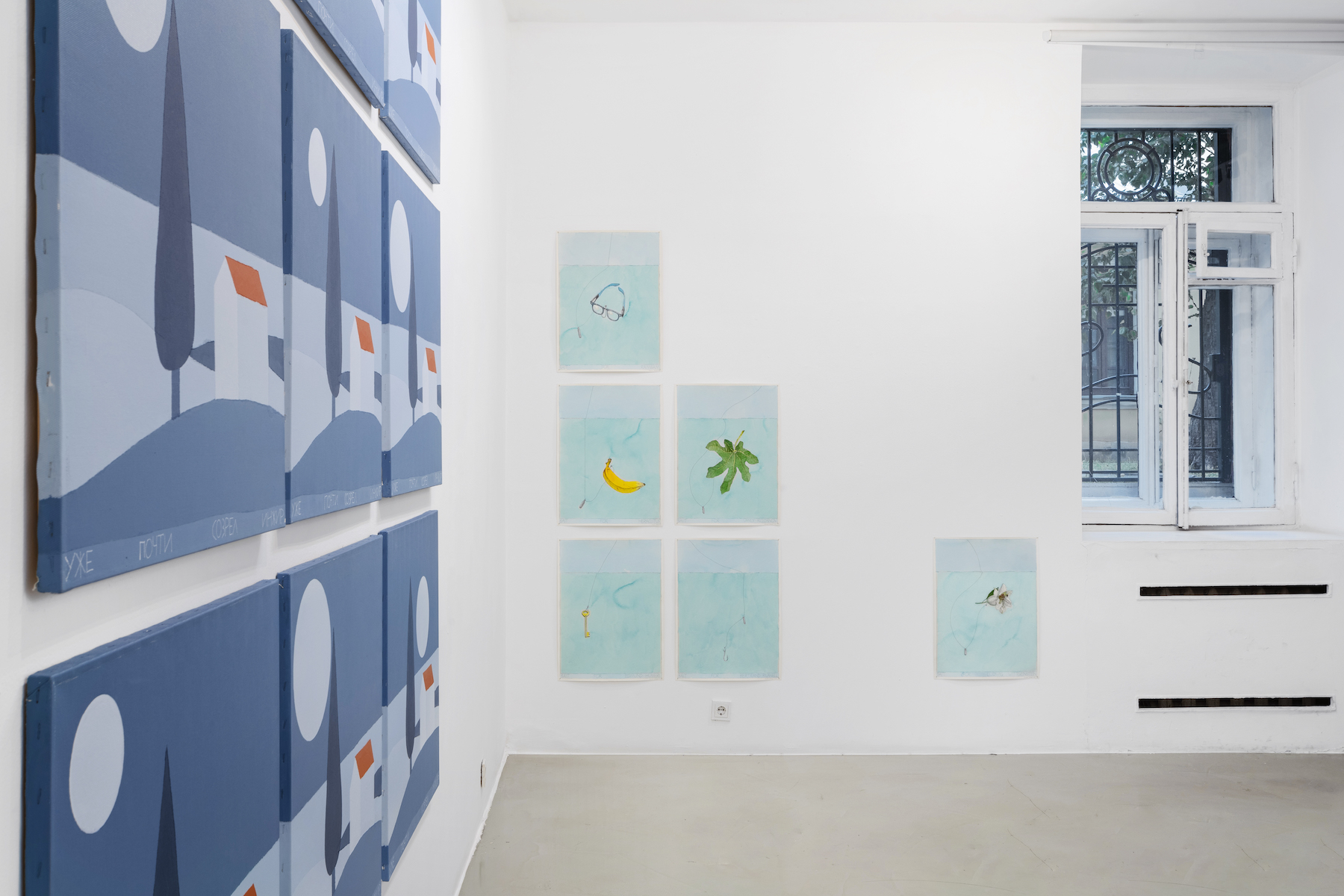 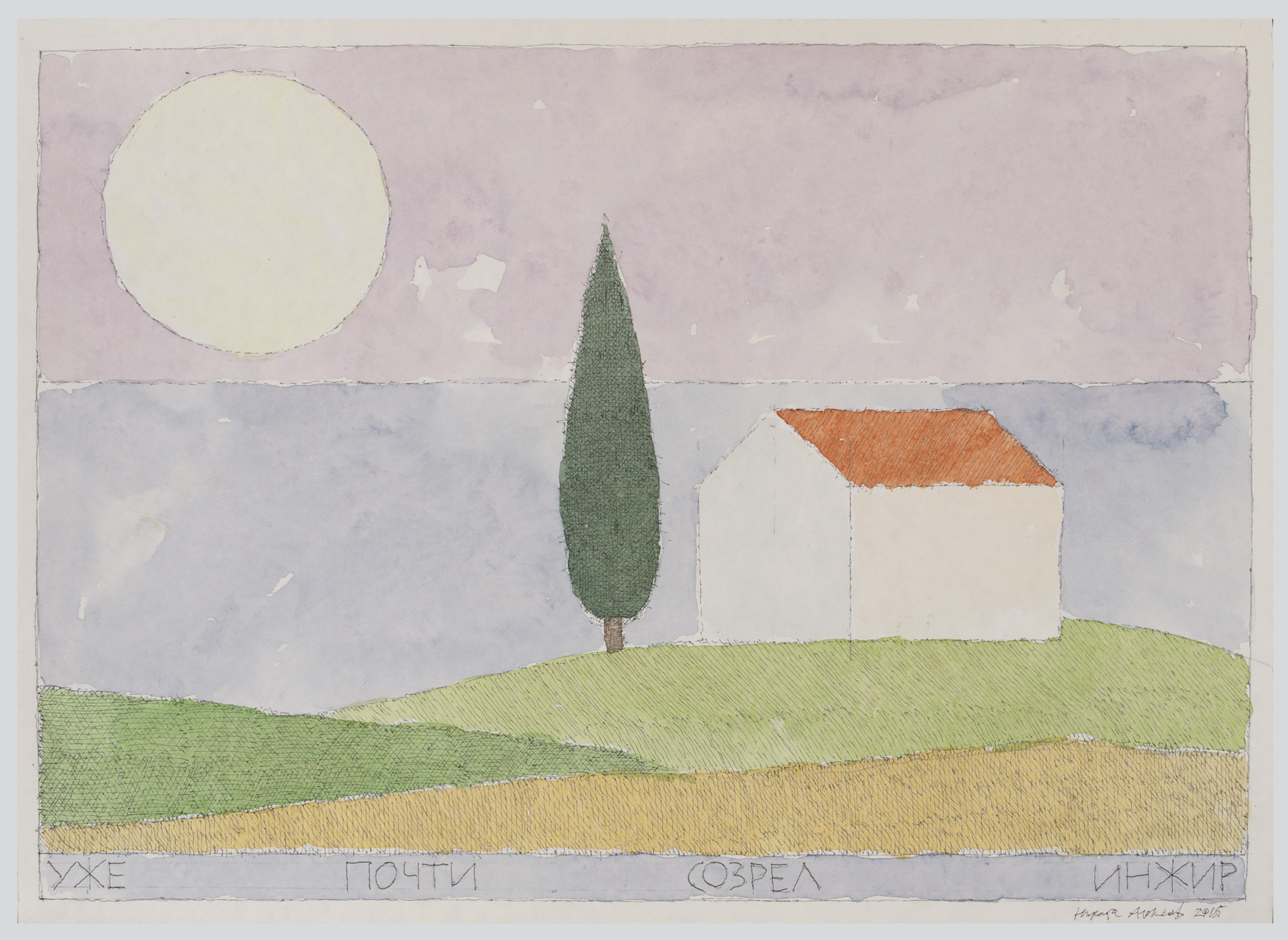 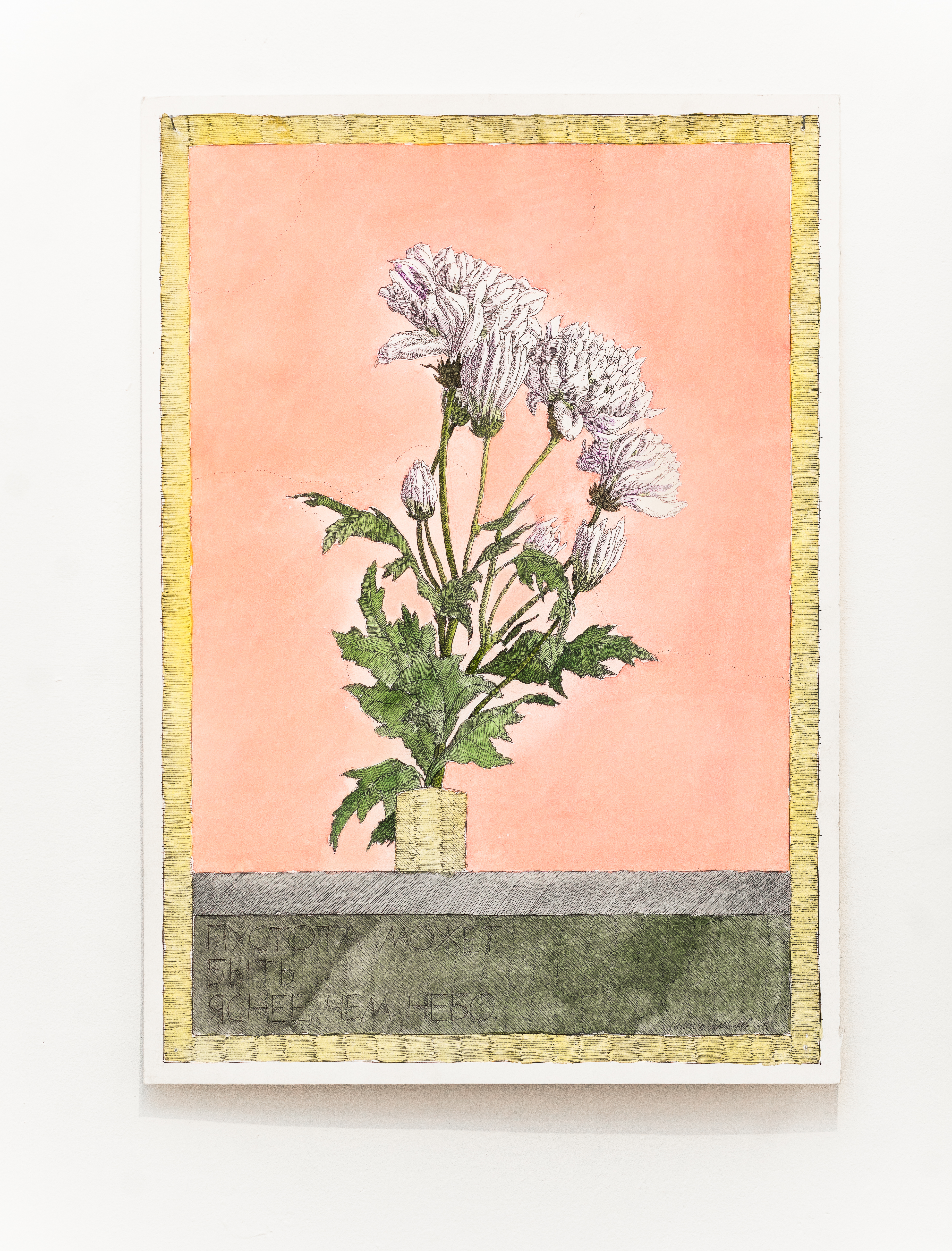 Emptiness can be clearer than the sky. From the series "Doubtful Conclusions"
2011
Ink and watercolor on paper
75x65 cm 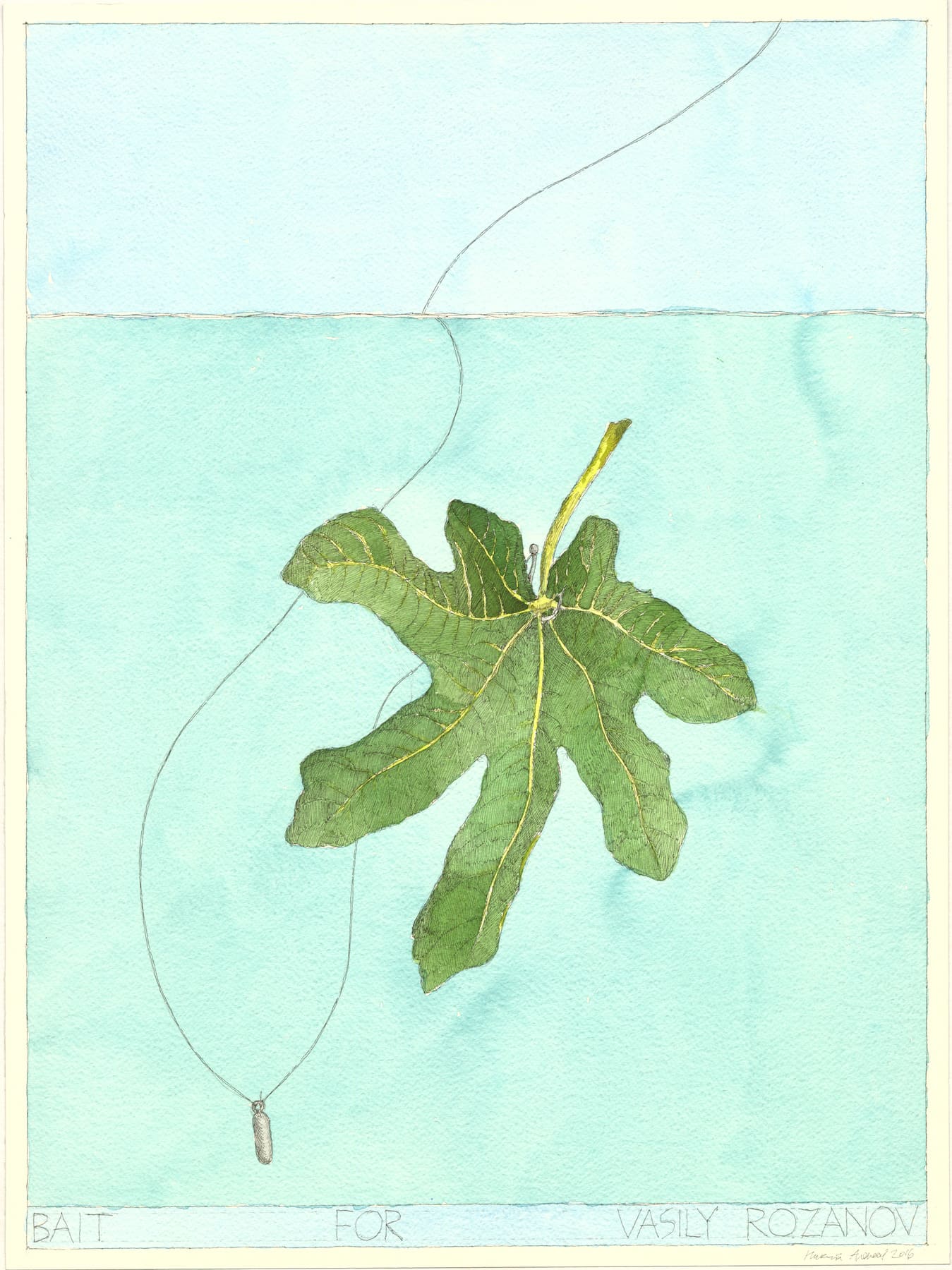 Bait for Vasily Rozanov. From the series «Philosophical Fishing»
2016
Ink and watercolor on paper
61x45,5 cm

Nikita had some difficulties about being considered a conceptualist; he sort of just went with it, doubting the reasons why he was so considered, while enjoying to slowly analyze the pros and cons of the branding trust upon him - if it was indeed not true. He himself wrote some years back that his work was an unsuccessful attempt to improve the “Kosuth Formula” – a chair, a photo of a chair, a definition of the word chair.
In reality, his work denotes a firmer, more poetic attention to the detailing of the chair, its location, possibilities, materials, the mood of the day surrounding the chair, of the hour, of the minute.

A while back, on an art sabbatical, Nikita was invited as a journalist to go to my home country of Portugal and write about wine. He did not understand an inch about wine, but he went on with it. It was an interesting trip; he was flown to Porto and experienced wines that many a wine lover would dream off. Recently, a facebookian friend of his asked him to describe what was Vinho Verde after Nikita posted a Song about Whiskey and drinking. Vinho Verde is a kind of wine Nikita developed a taste for, a weak (alcohol wise), slightly bubbly, easy young wine, that locals drink as a relaxing alternative to heavier alcohol, a wine for the day-to-day, subtle and humble like Nikita. It is also a DOC wine, with a long history and a pedigree.

Nikita’s infuriating and beautiful habit of drawing series of nuanced works, complemented by their own variation on a sentence, expressed beautifully his love of repetition, of an almost voyeuristic, or scientific methodology of work. This at least is how I could describe his love for the mundane objects, the pebbles in the beach, the branches, and his incessant and recurring reach for the stylized house, or for home. As with many of his other recurring motifs the home feels warm, as if some emotional impact has just occurred – or is contained inside, contained in the object and in the absence of the human.

I always did love more his works without the human figure, the obsessive movement of the hand that is not satisfied with a simple variation on a theme.
The rigor in the shift of perspective without sifting the image too much, without shifting the words, without “nuancing” the works to the point of being obviously something else, is ever present in his series.

It is not easy to recognize a pattern when one is part of its beginning. When something starts with us, it is not a movement; it is a routine, a daily occurrence for other s to notice and for us to live.

The Cat on the fresco suffers

I returned home from the workshop, and in the apartment next door someone was banging the wall with a drill. It’s unpleasant, of course, but no one is forbidden to hammer the wall with a drill…
I’m ready to fight for freedom, even if I don’t like the sound of the drill.

The cat stood up, turned its ass towards me, lifted its tail and showed its balls. Outstanding, in fact.